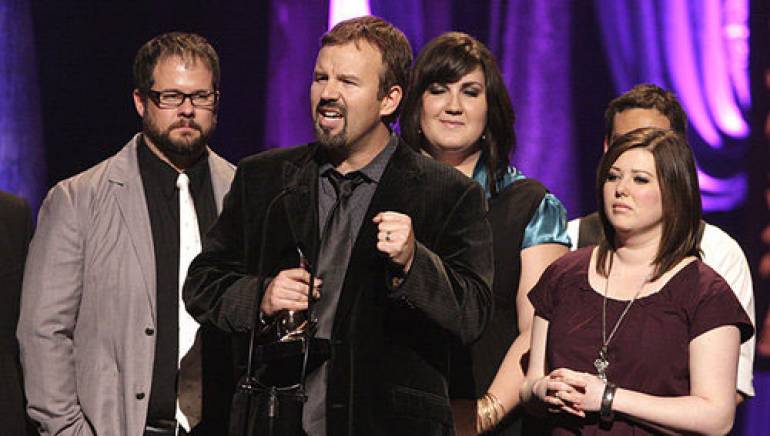 Casting Crowns win Artist of the Year at the 41st annual Dove Awards in Nashville.

Casting Crowns continued their reign as one of Christian music’s most successful bands, walking away with the prestigious Artist of the Year trophy at the 41st Annual GMA Dove Awards in Nashville. The multi-platinum sellers recently released Until the Whole World Hears, which bowed at #4 on the Billboard 200 and underscored the group’s undeniable staying power.

Needtobreathe also enjoyed a big night, earning multiple awards including Group of the Year, Rock/Contemporary Album for The Outsiders, and Rock/Contemporary Recorded Song, “Lay ‘Em Down.” Jennie Lee Riddle was named Songwriter of the Year as her chart-topper “Revelation Song,” recorded by Phillips, Craig & Dean, as well as by Kari Jobe, garnered Worship Song of the Year honors.

Sidewalk Prophets earned their first-ever Dove Award, winning New Artist of the Year. The band exploded last year, becoming one of the best-selling artists of 2009. Perennial favorites Jars of Clay nabbed two statuettes, including a Pop/Contemporary Album win for their latest, The Long Fall Back to Earth.

For more information about the 2010 Dove Awards, as well as a complete list of winners, please visit gospelmusic.org.