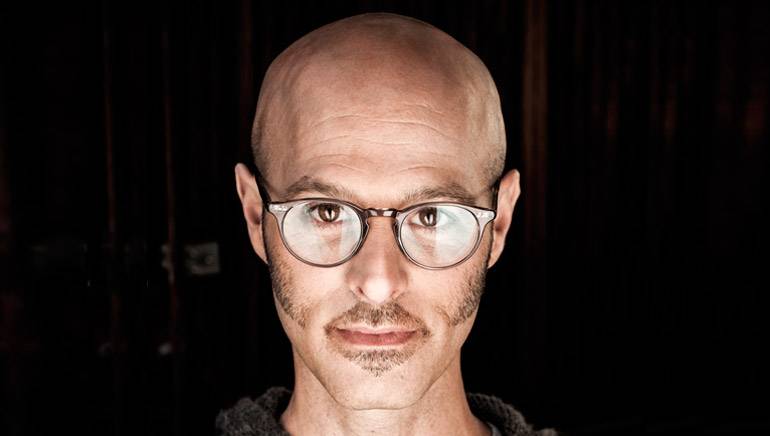 After a week at Sundance, I feel a little like the OS from HER, where new stimulus is pouring in so quickly and constantly that it’s tough to string anything together in a coherent, linear fashion. That said (disclaimed), here are a few thoughts about/inspired by this year’s festival, with a bias toward things musical. Forgive me if I use incorrect tech terms; said terms, like the tech itself, seem to change faster than I care to pay attention.

From what I’m seeing at Sundance this year, particularly at places like New Frontiers, technology is - not surprisingly - cracking open traditional storytelling, and allowing viewers to take a far more proactive/interactive roll in how they experience a film. As gaming technology, filmmaking, and traditional music-listening formats (album, concert, film score) merge, movie screens won’t be flat, but all around us, so we’ll be exploring the stories and sounds we’re literally inside, piecing together narrative like a puzzle, or a mystery.  As such, score could potentially be the viewer’s music as much as it is the film’s.

What does this mean for how we make film music? How can we open up our storytelling tool (music), and have it be more dynamic and fluid, to match new viewing/listening environments?

For me, a combination of being busy, being older, and listening to music largely alone, has made my experience of new music feel relatively shallow compared to when I was younger. My appetite for new sounds, musical ideas, and music in general has never been greater (my mouth is literally watering as I write this), BUT I find I’m skimming the surface more, surveying and sampling, rather than plumbing a piece’s very depths, and grafting it to my heart.

Part of it must be the sheer volume of music rushing toward us every day, a blessing and a curse, but one which has made it more difficult for me to really go deep - to imprint - with music in the way I think we all do when we’re young. As kids (and I use the term loosely, to describe anyone from 5-30) we have a lot of free time, and we naturally share music with our friends;  but more importantly, we are constantly having experiences TO MUSIC, with it providing a vital soundtrack to formative activities (making out, road-tripping, dancing).  As such, music from our relative youth feels like part of our DNA; as in movies, it heightens and directs our emotions in the moments that make us, us.

As theater environments continue to mutate and evolve, movies will become more like full-sensual, real-life or perhaps dream-life experiences; and in an era where, due in part to sheer volume, the value of a single piece of music has arguably diminished, there is the opportunity to connect viewers and listeners to music in a way that leaves a permanent impression, like when we were young and had all the time in the world.

After sampling some of this year’s Sundance offerings, I’ve an inkling my dream may be coming true for a new kind of music-driven, narrative film. For a few years now I’ve been pushing to invert the film-making process so that, essentially, music is written first, and serves as the nonverbal script from which all other traditional film elements (plot, picture, dialogue, editing) spring, and to which they are in service. I’m not talking about existing forms of musical, biopic, Rock Doc, or music video, but something more like what I’ve been calling a Narrative Visual Album - an audio-visual diamond (or perhaps Rubik’s Cube) where the viewer controls their own experience, gazing at - and listening to - whatever facet they like, in any order and for however long they choose, gradually piecing together the puzzle of a story that was originally written, and inspired by, the music.

Looking back, everything I’ve been thinking and talking about this week at Sundance seems to boil down to a single, simple question: How can we use technology and storytelling to get people (ourselves included) to listen more deeply?