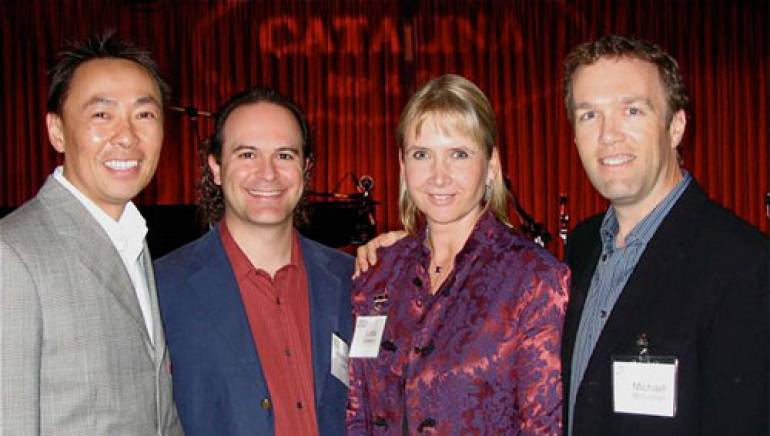 The American Society of Music Arrangers & Composers (ASMAC), along with the Society of Composers and Lyricists (SCL), recently threw a luncheon in honor of members Kristopher Carter, Michael McCuistion and Lolita Ritmanis. The event, held at the stylish Catalina Bar & Grill in Hollywood, was in honor of the trio’s successes.

The trio have been composing music for film and television for over 15 years, including working together as members of Shirley Walker’s (Memoirs of an Invisible Man, Willard, Final Destination, Falcon Crest, Space: Above and Beyond, China Beach, The Flash) team. They’ve recently formed a partnership, Dynamic Music Partners (DMP), and between them have received 17 Emmy nominations and two awards. Since 1991, they have contributed to every DC Comic animated series since Batman: The Animated Series, Superman, Batman Beyond, Justice League, and Teen Titans. Alongside their work in animation, DMP recently completed the score for the live-action feature film Broke Sky, which premiered at the 2007 SXSW Film Festival.