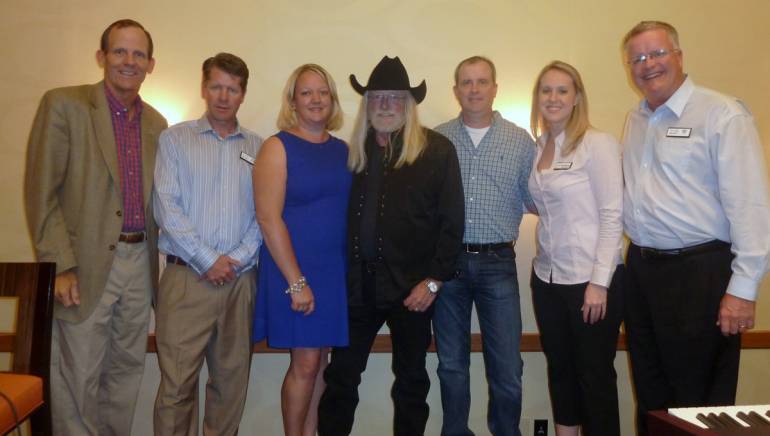 BMI brought Nashville to the Colorado Hotel and Lodging Association’s (CHLA) Annual Summer Meeting at the Doubletree Hotel in Grand Junction, presenting a traditional “guitar pull” that featured decorated songwriters John Scott Sherrill and Monty Criswell. Hoteliers from across the state of Colorado gathered (on 7/25) to hear the two BMI writers sing some of their biggest hits and tell the stories behind the songs they have written for such artists as George Strait, Brooks & Dunn, Josh Turner, Patti Loveless, Trace Adkins and Eric Church. Sherrill has written an astounding 11 #1 hits and Criswell has been nominated for a CMA, an ACM and two GRAMMYs for Country Song of the Year.