Posted in MusicWorld on November 19, 2020 by Dave Simons 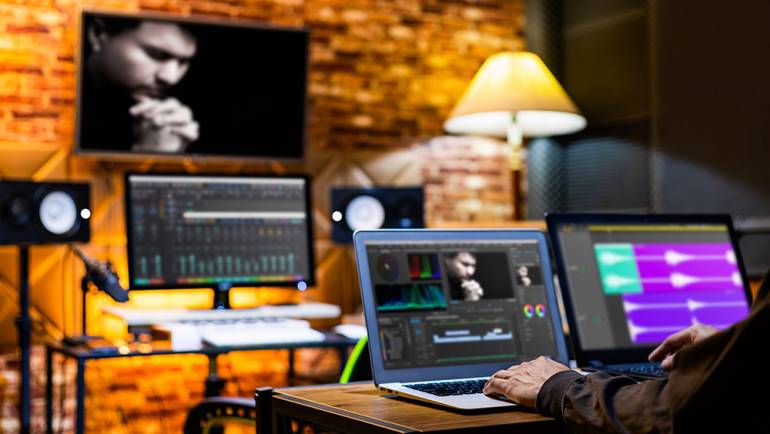 One of the most challenging aspects of writing and recording is the ability to remain flexible. In years past, I’d typically consider a song to be set in stone from demo one, and therefore kept basic arrangement, instruments, rhythm and such pretty much intact from start to finish. Not that there’s necessarily anything wrong with that, particularly if the initial idea is a good one. But as we’ve often seen through the years, a well-constructed song can lend itself to any number of melodic, rhythmic or stylistic re-interpretations, occasionally besting the original in the process.

While artists have regularly attempted remakes of their own tunes with varying degrees of success, Todd Rundgren got it right with “Hello It’s Me,” written as a teenager for his band Nazz in 1968. Initially an achingly slow, somber ballad, “Hello It’s Me” was an emotional snapshot of a break-up in progress—and barely dented the charts on two different tries. For the making of his classic Something/Anything album a few years later, Rundgren dusted off the Nazz number and started anew, doubling the tempo while adding strident piano, horns and stacked backing vocals, recorded live in the studio. Released in 1973, the faster, more radio-friendly “Hello It’s Me” eventually reached the Top 5, becoming Rundgren’s highest-charting single.

A number of classic rock cuts have found new life when recast in acoustic form. Such was the case for Eric Clapton, whose “Layla,” recorded in 1970 with the one-off Derek and the Dominoes, had long since achieved legendary status by the time the guitarist presented a stripped-down live acoustic version in 1992 as part of MTV’s popular Unplugged series. Clapton’s “lite” rendition immediately took off, netting a GRAMMY for Best Rock Song some 20 years after the original hit.

Others have had similar success. Equally influential on both acoustic and electric, Neil Young has frequently presented his songs in both elements, often to great effect. Today, fans argue over which is the better “Cowgirl in the Sand,” the 1969 epic rocker with backing band Crazy Horse, or the condensed solo version performed on a drop-tuned Martin that would become a staple of Young’s live acoustic sets.

Sometimes artists can’t decide which arrangement works best, and release multiple takes of the same song. When John Lennon proffered a relatively subdued, acoustic-based “Revolution” for the Beatles’ forthcoming single in 1968, his bandmates objected—and days later the foursome cut a heavily distorted remake that mirrored the turbulence of the times (a retitled “Revolution I” would appear on the band’s “White Album” later that year). Ditto for contemporaries the Rolling Stones, whose quaint “Country Honk” (recorded for the band’s 1969 Let It Bleed album) became the basis for “Honky Tonk Women,” one of the most durable rock tracks in the band’s catalogue.

Forgotten but not gone

Then there are those unique songs that for whatever reason never really clicked for the writer/performer—yet somehow became mega when covered, often years later. Two of the foremost examples came back-to-back in 1981: Kim Carnes’ landmark smash “Bette Davis Eyes,” and the equally popular club favorite “Tainted Love” from British duo Soft Cell.

Co-written by Donna Weiss with veteran singer-songwriter Jackie DeShannon, “Bette Davis Eyes” started out as a jaunty shuffle with entirely different chord changes and instrumentation; issued on DeShannon’s ironically titled 1975 album New Arrangement, the song offered little indication of the monster hit within. By the time Carnes got wind of the song six years later, synthesizers had begun to take hold, and for her album Mistaken Identity Carnes opted for a slinkier, tech-heavy approach. Adding new chords as well as a prominent Prophet 5 synth intro, keyboardist Bill Cuomo almost singlehandedly transformed the song, while a Synare electronic drum provided the repeating whip-like retort that became a signature part of the sound. Menacing and mechanical, Carnes’ “Bette Davis Eyes” immediately struck a chord with global audiences, becoming the year’s top single and ultimately among the biggest tracks of the decade.

The “Tainted Love” story is no less intriguing. Released to little fanfare in 1965 by singer Gloria Jones, the Ed Cobb-penned dance track eventually gained a niche following thanks to Britain’s “Northern Soul” movement (leading Jones to issue a 1976 remake, which itself failed). In 1981, Soft Cell, the techno twosome comprised of vocalist Marc Almond and keyboardist David Ball, cut their own version of “Tainted Love,” which the duo had regularly performed in local dance clubs. With its ominous Synclavier backing and powered by Almond’s desperate lead vocal, Soft Cell’s “Tainted Love” had an urgency its predecessors lacked (it too employed the ubiquitous Synare drum, responsible for the familiar “doink-doink” riff heard throughout). As “Bette Davis Eyes” was wrapping its nine-week run atop the U.S. charts, in July “Tainted Love” debuted in Britain, on its way to becoming the year’s best-selling UK single (and would re-emerge as a US top 10 in 1982).

What can we learn from all of these anecdotes? Well for one, the benefits of experimenting with different kinds of arrangements, instruments, effects and other elements when writing/demoing a new work. It could be something as simple as adjusting the tempo until you find the “right” spot while working on a chord progression (perhaps using a BPM or metronome app). It’s also worth noting that effective remakes often emphasize certain rhythms (like the recurring “stomp-stomp” in Soft Cell’s “Tainted Love”) or other dynamics missing from the original. And altering certain chords/chord voicings against the existing melody can sometimes work wonders as well.

Whether a smash right out of the gate or a latter-day hit cover, the above titles have one thing in common: all began as clever, well-written songs, ripe for reinterpretation. Perhaps that’s the most important take-away of all.