Posted in MusicWorld on February 8, 2011 by Ari Surdoval 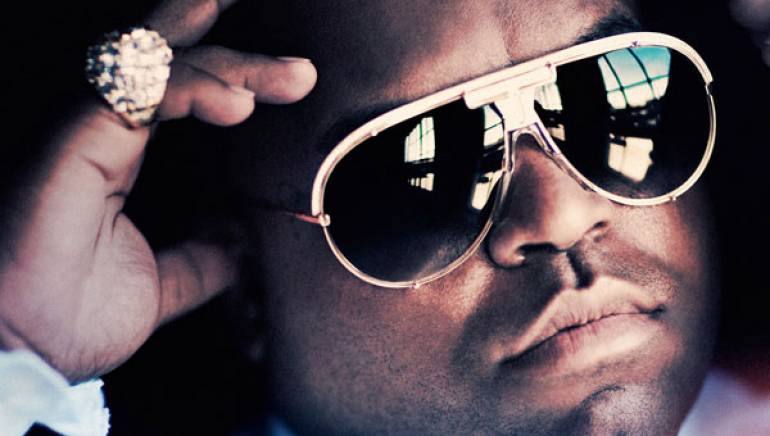 Cee Lo Green will participate in BMI’s How I Wrote That Song panel, slated for this Saturday, February 12 at the Key Club in West Hollywood. He will be joined by Seal, Chad Hugo, Bonnie McKee, Claude Kelly, and BC Jean.

Profanity, schmofanity. When a singer as powerful and charismatic as Cee Lo Green comes out with an upbeat soul lament as catchy as “F–k You!,” no FCC indecency definitions are going to stop it. The strange saga of the global smash began last August, when just before the release of Green’s album “The Lady Killer,” the song popped up on YouTube in a low budget but strangely mesmerizing video—the lyrics, in large white kinetic type, rolling like modernized Mitch Miller against changing colored backgrounds.

Though nobody at Warner Bros. or Green himself had considered it as a single, for obvious reasons, the song instantly went viral, with more than 2 million views in the first week. Three minutes and forty-three seconds of glittering post-soul pop perfection, “F–k You!” sounds totally current and strangely classic at the same time, thanks to Cee Lo’s gritty Al Green phrasing and falsetto, the richly layered funk production, and of course, the F-sized dirty bomb that explodes just 13 seconds into the song. Boom!

With YouTube views of 8.5 million for the unofficial video, nearly 41 million views of the hysterically Technicolor official video, released two weeks later—and, worth noting, more than 150,000 views of someone’s sign language interpretation—it’s safe to say the song is a genuine, people-powered, new media–propelled hit. And that doesn’t even take into account the scrubbed but still great, and equally unstoppable, “Forget You” edit, which has garnered more than 3 million YouTube views, Billboard Top Ten status, certified Gold sales, a Gwyneth Paltrow cover version on “Glee” and—wait for it—Grammy nominations for Record of the Year, Song of the Year, Best Urban/Alternative Performance and Best Short Form Music Video.

A mere 18 years into his career, Cee Lo Green is a bona fide overnight sensation, with the unlikeliest of hits.

The son of two ordained ministers, Green lost his father when he was 2 and was raised in Atlanta by his mother, who was paralyzed in a car accident when Green was 16 and died two years later. Having already discovered his distinctly powerful singing voice and his ability to compose rhymes while attending Riverside Military Academy in Gainesville, Georgia, Green sought refuge from the loss of his mother, and from the streets, in music.

Green formed the pioneering Southern hip-hop group Goodie Mob, releasing the critically acclaimed debut “Soul Food” in 1995. He recorded two follow up albums with the band before recording a pair of ambitious, sprawling and acclaimed solo albums, “Cee Lo Green and His Perfect Imperfections” and “Cee Lo Green … Is the Soul Machine.” Sales for both were modest and Green was dropped from his label.

Green went on to form Gnarls Barkley with DJ Danger Mouse, releasing the album “St. Elsewhere” in 2006, featuring the wildly popular single “Crazy.”  The stark lyrics, delivered with Green’s plaintive and pained vocals—“I remember when I lost my mind / There was something so pleasant about that place / Even your emotions have an echo in so much space / Does that make me crazy?”—yielded an unexpected hit. The group offset the somber material with a flair for costume and comedy live. A performance at the 2006 MTV Movie Awards dressed as Star Wars characters (with Green as Darth Vader) gave a taste of the new possibilities offered by viral digital success. But for Green, it was a difficult time.

“I wasn’t able to enjoy the success of ‘Crazy’ that much,” Green says. “We created that album from a dark place emotionally. I was going through a lot when we were recording that. I was getting a divorce. I didn’t have a deal. We did those records out of pocket, independently, so there was something very urgent about it. But that sense of necessity and urgency caused it not to be as pleasant. This has been much more joyful.”

The period leading up to “The Lady Killer” found Green in much different spirits. He wrote more than 70 songs for the album, on his own and through collaborations, honing the collection down to create the album’s air of cinematic, funky happiness.

“The ‘Lady Killer’ is my directorial debut,” Green says—which makes its success that much sweeter for him.  “Everybody thinks the title refers to me. But the title refers to the album itself, and the sound I was going for—edgy and elegant at the same time. It is a celebration, of life and love and youth and second chances. For it to succeed at this magnitude, as an extension of the positive space that I am in, is so gratifying.”

It also reflects the openness and universality he strives for.

“There are things that can only be communicated in song,” Green says. “Harmony and melody are very unbiased. They’re open to all. Everyone is welcome with a wonderful melody. So I’ve always had a desire to pair that type of sentiment and song together. And when I learned I was able to do that, everything began to feel very purposed and intentful—for my music and for my life.”

Written by Ari Surdoval. Read more of his work on his blog, The Big Get-Even.