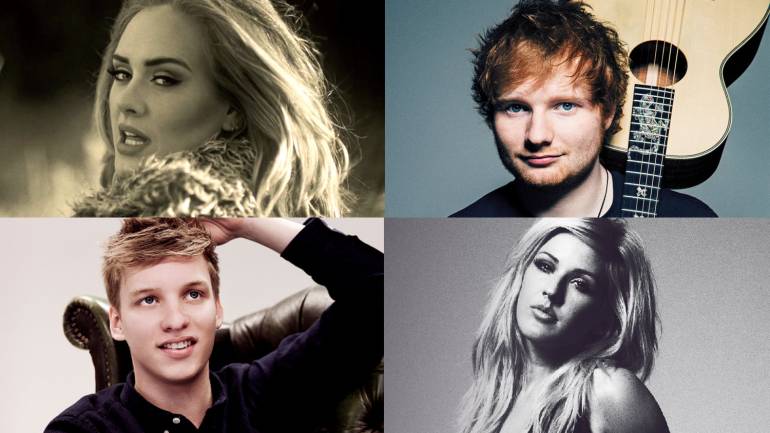 Adele’s “Hello” is in the running to be crowned Song of the Year at this year’s BMI London Awards, due to be held at The Dorchester on October 10. Ellie Goulding’s “On My Mind,” Ed Sheeran’s “Thinking Out Loud” and George Ezra’s “Budapest” are also among those in contention for the highly coveted award for the most played song of 2015 on radio and TV in the U.S., which will be presented in London by BMI.

Just over half of the songs shortlisted in the Top Ten for Song of the Year are from British songwriters, proving once again that the country is a hotbed of musical talent, with a global reach. BRIT winner Sam Smith claimed the Song of the Year trophy last year for his smash hit “Stay With Me,” while in 2014, France’s Daft Punk were bestowed the honor for “Get Lucky.”

Breaking the U.S. market is a huge goal for many European artists and songwriters, so recognition at the BMI London Awards is a true mark of triumph in this field. Only the most popular songs played on U.S. radio and TV by European songwriters are shortlisted for Song of the Year, underlining their achievements, and each of the ten will receive a BMI London Pop Award on the night.

“Hello” marked Adele’s return after a hiatus, as she once again dominated the charts as the song debuted at Number 1 on both the U.K. Official Charts and the Billboard Hot 100. This was the beginning of a phenomenally successful year in the U.S. and U.K., which included a headline slot at Glastonbury, two BRIT Awards and five Billboard awards. “Hello” is featured on the top charting album 25, which received critical acclaim across the globe and has now been certified diamond in the U.S., marking the sale of 10 million copies.

Ed Sheeran has become one of the biggest selling artists around the world. He has previously been nominated for tracks such as “Sing” and “Don’t,” as well as his work on Taylor Swift’s “Everything Has Changed.” Having received BRIT Awards and GRAMMYs, Sheeran is once again in the race for the top spot with “Thinking Out Loud” and “Photograph,” which was co-written with Johnny McDaid. As well as performing as part of Snow Patrol, McDaid is a highly accomplished songwriter, having previously collaborated with artists such as Biffy Clyro, Rudimental and Example.

George Ezra’s “Budapest,” Ellie Goulding’s “On My Mind” and Liam O’Donnell’s “Uma Thurman” complete this year’s BRIT pack, however, Dutch writer Giorgio Tuinfort also has two songs included in the Top 10. Having previously won the prestigious BMI Songwriter Award 17 times, his work with Ariana Grande has been recognized this year with “One Last Time.” Tuinfort also wrote with Afrojack to produce “Hey Mama,” which is also included in this year’s Top 10 and performed by David Guetta feat. Nicki Minaj and Bebe Rexha.

Karen Ørsted is up for the award for “Lean On,” performed as MØ alongside Major Lazer x DJ Snake, while Gian Piero Reverberi and Gianfranco Reverberi are recognized for the international hit “Lose My Mind,” made famous by Brett Eldredge.

The gala event will also honor the internationally-celebrated songwriter Sting as a BMI Icon. As well as a former member of The Police, Sting has achieved great success in his solo career and follows previous recipients including John Lydon, Ray Davies, Van Morrison and Bryan Ferry.

See below for the full list of Song of the Year nominees.