Posted in MusicWorld on February 17, 2008 by Rob Patterson 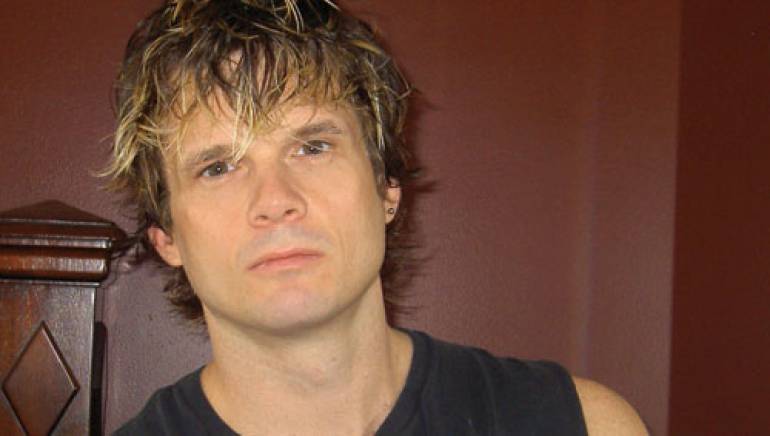 As a singer, songwriter, guitarist and producer, Brian Howes is an artist whose career knows few limits. He has been the frontman for the Canadian bands DDT and Closure, written songs that have been covered by artists around the globe, and produced such acts as Hedley, Hinder, Skillet, Faber Drive and Puddle of Mudd.

Such musicality and versatility is likely genetic, or at least reflected by his family background. A great-great grandfather was an opera singer, a grandmother was a songwriter, and a saxophonist grandfather played in the swing bands of such legends as Benny Goodman and Louis Prima.

And now Howes is not just carrying on but extending the family tradition. His first band, the punk/ska/hip-hop outfit DDT, made a splash with an indie label debut that landed them on TMC Records, the Elektra-distributed imprint run by Lars Ulrich of Metallica, and toured with such diverse acts as Public Enemy, Kid Rock, Alice Cooper, The Scorpions and DOA.

His next band, Closure, inked a deal with TVT/Universal and landed a song in the Top 30, “Look Out Below,” off their self-titled debut album. Since then, Howes has become a consistent chart presence as a writer and producer.

Extreme Behavior, the album Howes produced for Hinder, was a multi-platinum smash, hitting #6 on the Billboard Hot 200. The single Howes wrote with the band, “Lips of an Angel,” was a Top 10 pop hit for Hinder and a Top 20 country hit for Jack Ingram.

His production work with the Canadian band Hedley resulted in a Canadian platinum album and three #1 singles in Canada that Howes co-wrote with the group, led by Canadian Idol semi-finalist Jacob Hoggard. He has also written with American Idol favorite Chris Daughtry and had songs covered by “Idol” show winners in Germany and Poland.

As a writer, Howes also scored a #1 song in South Africa, “Love the Sinner,” by Justin Bergh, a Canadian Top 10 with the song “Sleepless” by Wave, and two Top 40 Mainstream Rock chart hits by the band Skillet off the album he produced for them, Comatose.

This year has seen the release of Howes-produced albums by Faber Drive (Seven Second Surgery) and Puddle of Mudd (Famous). Recently signed to a co-publishing deal with EMI Music, his is a name that is sure to be seen on the charts and in album credits for years to come.