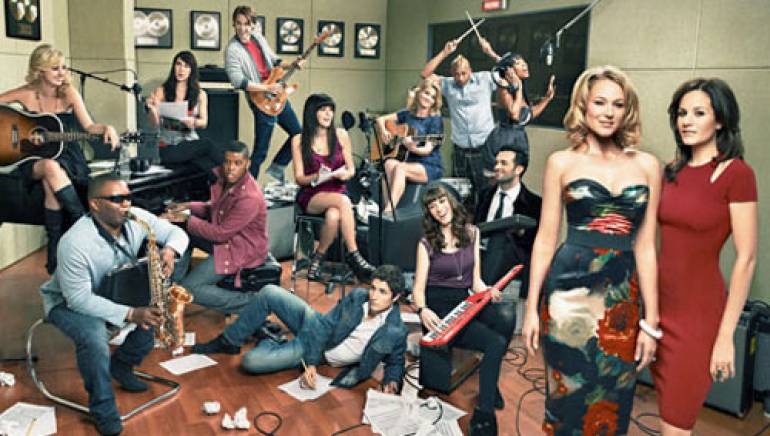 Bravo’s new series Platinum Hit will give viewers an unprecedentedly in-depth look at aspiring hitmakers’ journeys when it premieres on Monday, May 30 at 10 p.m. ET/PT. BMI award-winning songwriter/producer Kara DioGuardi will serve as head judge and singer/songwriter Jewel will host each week as 12 up-and-coming singer/songwriters push through songwriting challenges that play hopscotch through different genres, tempos and styles.

BMI is a proud supporter of Platinum Hit’s core mission to elevate behind-the-scenes creators and discover and support music’s strongest new voices, and has been deeply involved with creators Tim Bogart and Evan Bogart, the latter of whom is also a BMI award-winning songwriter. BMI’s Phil Graham and Barbara Cane, along with other skilled BMI executives, have helped to provide career advice, from knowledge of the multi-genre hit market to specific guidance about publishing and performing rights, to all of the talented participants from the series’ early casting calls through the show’s production.

Equal parts insider’s perspective, nationwide talent hunt, and unique competition, Platinum Hit will crown one winner the “ultimate hitmaker.” The top songwriter will receive a prize package that includes $100,000 cash, a publishing deal with Sony, and a recording deal with RCA/Jive.

Tune in for the series debut on Monday, May 30 at 10 p.m. ET/PT, and watch weekly, every Monday on Bravo. For more information, as well as a sneak preview, visit www.bravotv.com.