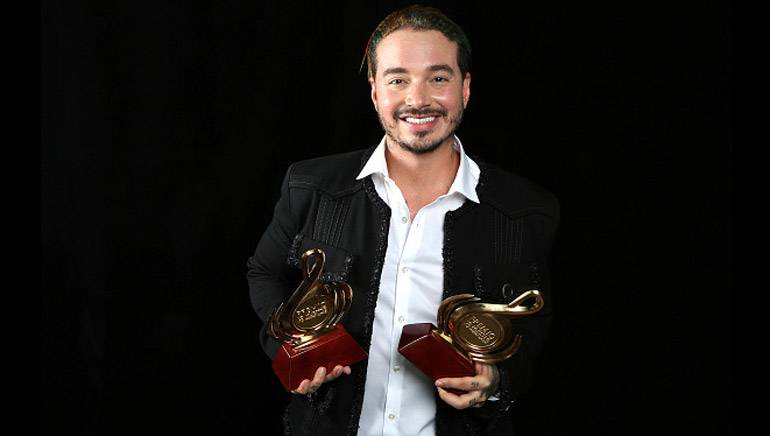 BMI’s Latin affiliates had another incredible year at Premio Lo Nuestro, the annual star-studded ceremony celebrating the best of the global Latin music market. For the second consecutive year, Colombian reggaeton superstar J. Balvin earned Univision’s Artist of the Year at the 2017 Premio Lo Nuestro. In addition to winning this prestigious accolade, Balvin – whose fourth album Energia debuted at number one on the Billboard Top Latin Albums chart last June—also assumed the stage to collect the award for Male Artist of the Year.

Another notable multiple-winner was “La Bicicleta,” the acclaimed collaboration between Colombian singer/songwriters Carlos Vives and Shakira. This infectious mix of vallenato, pop and cumbia claimed three awards for Video of the Year, Single of the Year and the Tropical Category Song of the Year. Additionally, Banda Sinaloense MS de Sergio Lizarraga made a strong showing in the Regional Mexican Category, winning Album of the Year for Que Bendicion and Song of the Year for “Solo Con Verte.”

Premio Lo Nuestro 2017 was held at the American Airlines Arena in Miami on February 23.

Congratulations to all! Below is the full list of BMI winners.

Video of the Year
“La Bicicleta” by Carlos Vives*, Shakira

Artist of the Year
Prince Royce