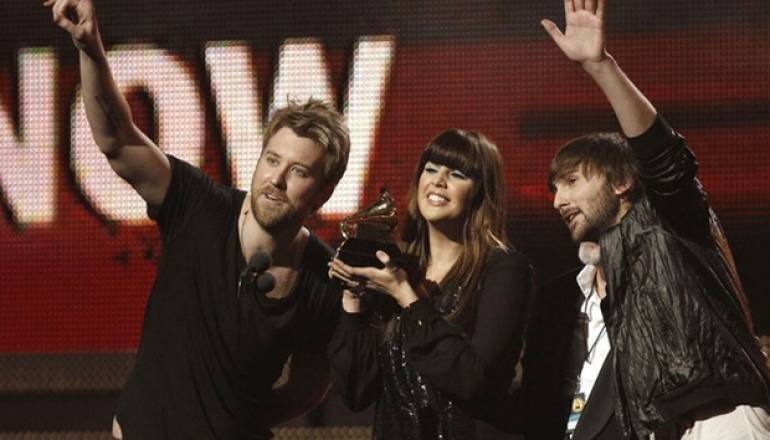 Half of 2011 is already history, complete with a suite of awards ceremonies celebrating music’s best. From the Grammys to the Tonys, the cultural supremacy of BMI’s deep repertoire has been on full display.

January
The year launched with a high bar, as Atticus Ross’s music for The Social Network earned Best Original Score at the 68th Annual Golden Globes and 83rd Academy Awards.

February
In between the Globes and the Oscars, the 53rd Annual Grammy Awards showered more accolades on BMI songwriters in February, as they took home an astounding 65% of the evening’s honors, the largest percentage for any performing right organization in this generation. Lady Antebellum brought a host of Grammy gold home to Nashville: With five wins, the crossover trio led the BMI charge at the Grammys. Lady Gaga, John Legend, the Roots, Eminem, the Black Keys and BeBe and CeCe Winans all garnered multiple statuettes as well.

March
BMI heavyweights the Alice Cooper Band, Dr. John, and Jac Holzman number prominently among the 2011 class of Rock and Roll Hall of Fame inductees, inducted March 14 at the Waldorf-Astoria hotel in New York City. All first-time nominees, the BMI additions to the hallowed hall reflect the adventurous terrain treaded by rock royalty.

April
April kicked off with a bang, as BMI’s country music family dominated the 46th Annual Academy of Country Music Awards. Held Sunday, April 3 in Las Vegas, BMI songwriters took home a resounding 80% of the night’s trophies. From wins by Taylor Swift and Miranda Lambert, to Lady Antebellum and The Band Perry, the annual ceremony served as a clear barometer of the undiminished supremacy BMI’s deep country catalog.

The month of May also hosted the 32nd Blues Music Awards in Memphis. The BMI family of bluesmen and women dominated the ceremony, winning an overwhelming 98% of the trophies. Buddy Guy led the BMI surge, proving his brand of soul-soaked blues only gets better with time: The 2010 Blues Music Awards Lifetime Achievement Award honoree took home B.B. King Entertainer and Album of the Year for Living Proof. Guy also earned Song of the Year for the album’s title track, as well as Contemporary Blues Album and Contemporary Blues Male Artist of the Year. Additionally, the night before the awards ceremony, legendary BMI singer/songwriters Robert Cray, John Hammond, Denise LaSalle, and J.B. Lenoir were inducted into the Blues Hall of Fame in recognition of their genre-shaping work as performers.

The Country Music Hall of Fame welcomed legendary BMI songwriter Bobby Braddock into its elite ranks as part of the small 2011 class of inductees on May 22 in Nashville. Perhaps best known as the master behind George Jones’ “He Stopped Loving Her Today”—celebrated by many as the greatest country song ever written—Braddock is both a revered elder statesman and still potent hitmaker. He is the only living songwriter to have penned #1 country songs in five consecutive decades.

All of the honorees are a testament to the strength of BMI’s musical theatre creators, but three winners in particular directly underscore BMI’s tradition of cultivating the art form’s next generation: Lopez presented songs for The Book of Mormon in the Tony Award-winning Lehman Engel Musical Theatre Workshop, while See Rock City and Other Destinations and The Kid were actually developed in the Workshop.

June
BMI’s tight-knit musical theatre family had even more to celebrate as Lopez and Hochman took home statuettes in every music category at the 65th Annual Tony Awards, held June 12.

The Band Perry led BMI’s domination of the 2011 MusicRow Awards, also handed out in June in Nashville. The family trio’s wins mark the first time in MusicRow Awards history that one act has walked away with all Breakthrough Songwriter, Song of the Year and Breakthrough Artist honors.

July
July is already off to a strong start: BMI’s family of jazz songwriters and composers garnered the majority of 59th Annual DownBeat Critics Poll nods, revealed in the magazine’s August issue. From newly minted Hall of Famers Abbey Lincoln and Paul Chambers, to award winners Joe Levano, Kurt Elling, Craig Taborn, Anat Cohen and Darcy James Argue, the honorees underscore the muscle of BMI’s jazz repertoire, which is the home of the genre’s legends and contemporary torchbearers.

The dominance of BMI’s songwriters and composers is truly unparalleled, leading the industry into new creative and commercial heights. Here’s to the next six months.