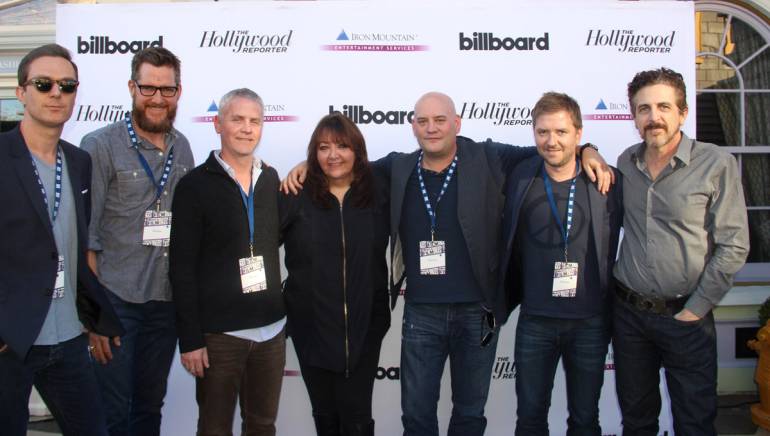 Broadcast Music, Inc. recently hosted the panel, “The Blurred Line Between Film and Television,” at the 2014 Billboard + The Hollywood Reporter Film and TV Music Conference on Wednesday, November 5, at The Globe Theatre, Universal Studios, Universal City, Calif. Moderated by BMI Vice President Film/TV Relations, Doreen Ringer-Ross, the panel featured BMI composers who have scored music for television shows such as Revenge, Scandal, The Tudors, Resurrection, Chicago Fire and Girls. Composers covered an array of topics, including working across media and the transition between scoring for high-end television shows and films.

Also at the three-day conference, Academy award-winner and BMI composer Atticus Ross took part in a keynote Q&A with Trent Reznor for their work in the David Fincher-directed 20th Century Fox Film Gone Girl. Ross and Reznor elaborated on the process of scoring for various scenes in the blockbuster film. The composers discussed the importance of the relationship between composer and director, resulting in creating the perfect film score. The Q&A was moderated by Billboard + The Hollywood Reporter Music Editor Shirley Halperin.

At “The Composer-Director Dynamic: A Conversation with Mark Mothersbaugh, Phil Lord and Christopher Miller” panel, BMI composer Mark Mothersbaugh was a featured participant, where panelists elaborated on their work on films such as The Lego Movie, Cloudy With a Chance of Meatballs, 21 Jump Street and 22 Jump Street. Directors Lord and Miller described why Mothersbaugh’s unique sound was the ideal fit for their films, and Mothersbaugh described his process of creating various soundtrack elements for each project. Journalist Jessica Hundley moderated the panel.

Additionally, BMI composer Gregg Alexander participated in a Q&A to discuss his Weinstein Co. film scoring debut for Begin Again. A GRAMMY-winning songwriter best known for his band the New Radicals and their hit “You Get What You Give,” Alexander discussed writing for fictional recording artists, scoring and how his career led to this film. Moderating the Q&A was Billboard Senior Editor of Film & TV, Phil Gallo.

On the final day of the conference, following a case study on the movie-musical Annie, BMI singer-songwriter Aileen Quinn provided attendees with a performance on the main stage. Quinn is a two-time Golden Globe nominee, who is well known for playing the title role in the 1982 film Annie.