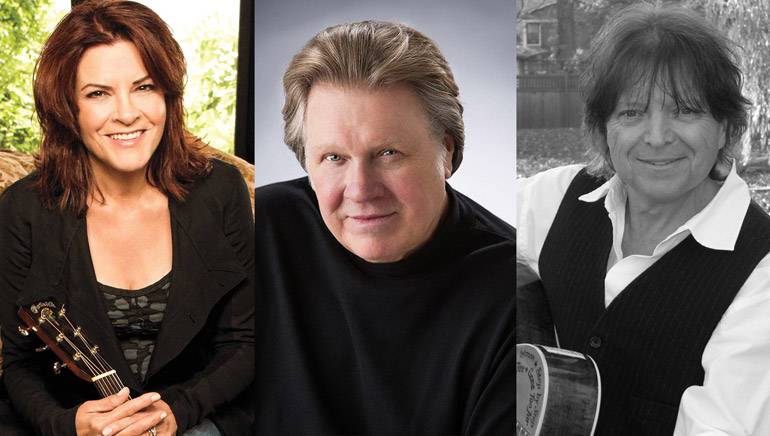 On October 11, 2015, BMI songwriters Rosanne Cash, Mark James, and Even Stevens will each be inducted into the prestigious Nashville Songwriters Hall of Fame. Cash, who was named the Country Music Hall of Fame® and Museum’s 2015 Artist-in-Residence and whose chart toppers include “Seven Year Ache” and “My Baby Thinks He’s a Train,” among others, will be inducted in the songwriter/artist category, while Stevens, who wrote Eddie Rabbitt’s legendary “I Love a Rainy Night” and “Drivin’ My Life Away” as well as Dr. Hook’s “When You’re in Love with a Beautiful Woman” among other blockbusters, is being honored in the veteran songwriter category. Mark James, the scribe behind B.J. Thomas’ iconic “Hooked on a Feeling,” Elvis Presley’s “Suspicious Minds” and Willie Nelson’s “Always on My Mind,” to name a few, will be inducted in the songwriter category.

The 45th Anniversary Nashville Songwriters Hall of Fame Gala will be held at the Music City Center in Nashville. In addition to these inductions, the Nashville Songwriters Association will announce the winners of its renowned “10 Songs I Wish I’d Written,” as well as other honors. Check back for highlights!