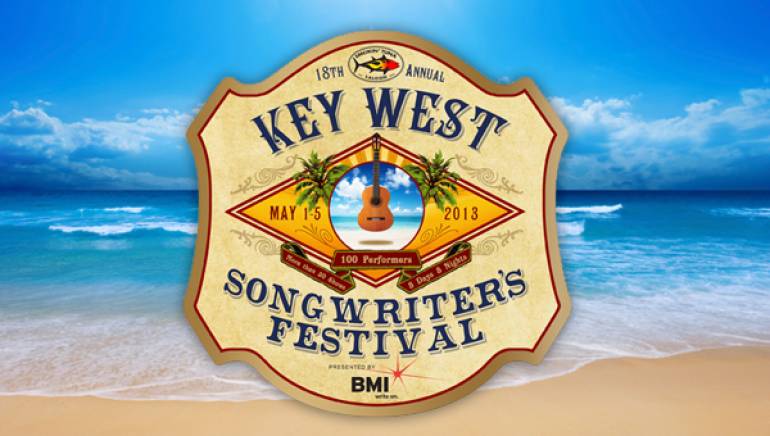 BMI and the Smokin’ Tuna Saloon will once again join forces to present the Key West Songwriters Festival from May 1-5, 2013. Featuring many of the most beloved songwriters, the event has become an annual pilgrimage south for country and pop music heroes for 18 consecutive years.

This year, Gary Clark, Jr. will headline the festival’s official kick-off party, sponsored by the National Recording Academy and Suntrust Bank Music Row on Wednesday, May 1 at 6 p.m. on the Sunset Pier at the Ocean Key Resort. Five days and nights of more than 30 free shows at favorite island venues will follow, featuring uniquely diverse lineups in Nashville’s signature in-the-round setting. A free street concert on Saturday, May 4, will be a highlight of the festival with a full-band and a Key West-style throwdown, featuring exciting new Sony recording artists Bush Hawg, Joanna Smith and X-Factor winner Tate Stevens. The Key West Songwriters Festival is presented in association with Comcast and the Tourist Development Council of the Florida Keys and Key West.

Proceeds from the Key West Songwriters Festival will benefit SHARE Military Initiative at Shepherd Center, a comprehensive rehabilitation program that focuses on assessment and treatment for service men and women who have sustained a mild to moderate traumatic brain injury and PTSD from the Afghanistan and Iraqi conflicts.