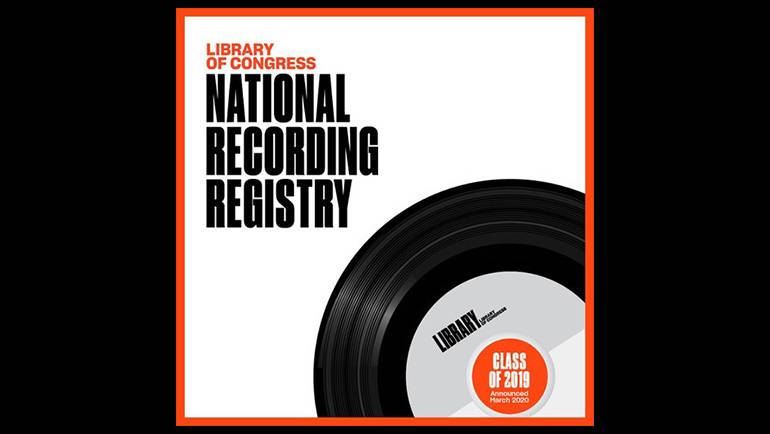 This morning, the Library of Congress announced the newest works to be listed in the prestigious National Recording Registry, with several BMI songwriters and composers receiving the honors. The inductions will become part of an elite group of recordings destined for special preservation and scholarship attention due to their “cultural, historic and aesthetic significance to American society and the nation’s audio heritage.” Librarian of Congress Dr. Carla Hayden added to this description with, “The National Recording Registry is the evolving playlist of the American soundscape. It reflects moments in history captured through the voices and sounds of the time. We received over 800 nominations this year for culturally, historically or aesthetically significant recordings to add to the registry. As genres and formats continue to expand, the Library of Congress is committed to working with our many partners to preserve the sounds that have touched our hearts and shaped our culture.”

The BMI works being are honored are:

For more information on these works, see the full list of this year’s Registry selections in the official Library of Congress media release at loc.gov. Congratulations to all!