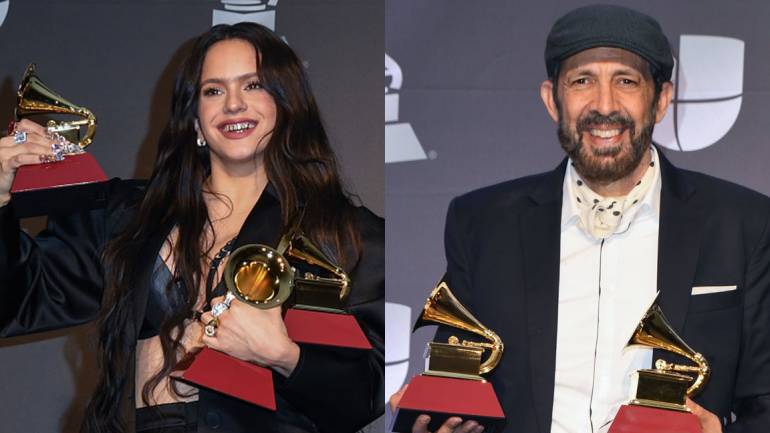 The stars shined brightly in Las Vegas last night as BMI affiliates assumed the stage at the MGM Grand Garden Arena to collect their well-earned Latin GRAMMY Awards for creating some of the most impactful music from the past year. The evening’s biggest winner was Spain’s Flamenco-trap siren Rosalía (SGAE), who took home three Latin GRAMMY awards for Album of the Year, Urban Song and Contemporary Pop Album for El Mal Querer. Another multiple-winner was Juan Luis Guerra, who took home two awards for Best Contemporary/Tropical Fusion album for Literal and Best Tropical Song for “Kitipun.” Emilio Estefan presented Thalia with the Premio de la Presidencia award and Juanes took home the coveted Person of the Year award, presented by Metallica’s Lars Ulrich.

In addition to the accolades, it was a riveting night of live music, featuring a show-stopping medley from Rosalía, a heartfelt rendition of the late José José’s “El Triste” by Pepe Aguilar, and an all-star tribute to Celia Cruz, among many other highlights.

Congratulations to all! Here’s the full list of BMI winners:

Person of the Year
Juanes