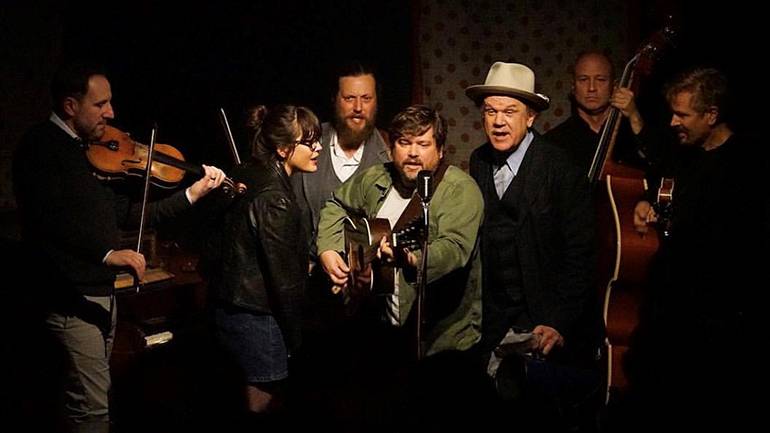 The fiery mandolin of bluegrass icon, Bill Monroe, widely regarded as one of the most deeply influential artists in history, is once again blazing into the spotlight in a new documentary to be brought about by BMI composer John Frizzell and several other equally, and deservedly, spellbound fans of Monroe. The new film, aptly named Call Me Mr. Bluegrass, will answer common misconceptions people have about the nature and origin of the genre. In actuality, bluegrass is a relatively new collision of cultures that Monroe almost accidentally created by doing what came naturally to him - combining Appalachian sound with blues songs he learned from his mentor and friend, fiddler Arnold Schultz. The resulting sonic blitz, which will undoubtedly be brilliantly captured by the all-star collection of bluegrass musicians in the film, helped instigate the birth of rock and roll as we know it. Quite a compliment for the lightning-fast Monroe, whose incomparable career has enlightened, and won-over audiences, for seventy years.

Asked about how it all started, Frizzell says, “A couple of years ago my love of bluegrass blossomed into a full blown obsession and I started seriously studying the mandolin and the music of Bill Monroe. Through conversations with Glen Zipper and Sean Stuart, we realized we wanted tell the story of the life of ‘The Father of Bluegrass’ Bill Monroe in a documentary. When I brought this up with my good friend and modern bluegrass pioneer Sean Watkins (also one third of GRAMMY-winning band Nickel Creek), he got really excited and had tons of amazing ideas on how to make this something unique and joined the team to produce the film with us. With Mark Monroe (no relation to Bill) and Mike Judge joining as director and producer respectively, the perfect team has come together to do this.”

BMI’s Anne Cecere got a sneak preview at a private musical event celebrating Monroe, bluegrass music, and the communal joy that emanates from a group of likely, and unlikely, participants on a small stage in an intimate setting. Orchestrated by some of the production team members, the special show was held at one of the best music venues in Los Angeles: Mark Flanagan’s Largo at the Coronet. The takeaway? Don’t miss this remarkable film when it screens near you - it will change your perception of musical history!