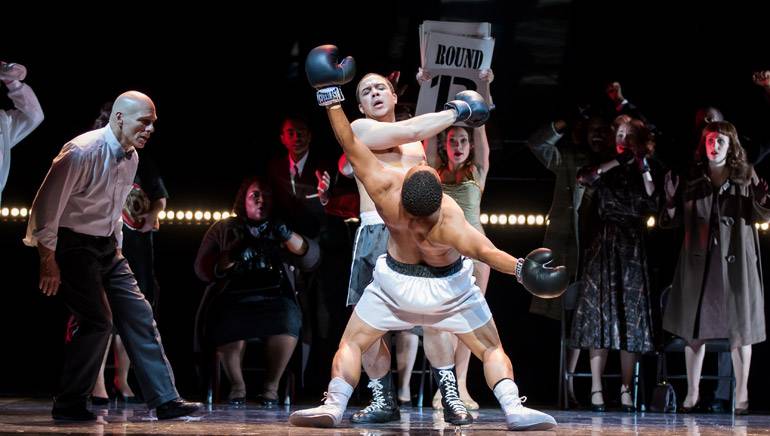 When trying to tell the true story of welterweight world champion Emile Griffith, who landed a fatal blow to his opponent during a boxing match, one probably wouldn’t think of opera. Add onto that scenario the fact that Griffith was taunted for his sexuality by that opponent, and you’d be hard pressed to find a composer who could figure out a way to write an aria that could do justice to such a raw series of emotions. And yet BMI composer Terence Blanchard has written the perfect jazz soundtrack for the compelling opera Champion. In fact, the project has been so well received that it just played at the historic, and prestigious, Kennedy Center in Washington, D.C.

A renowned jazz trumpeter, bandleader, composer, arranger, and film score composer, Blanchard started his impressive career with the Lionel Hampton Orchestra back in 1980. Then shortly after, he worked with Art Blakey and the Jazz Messengers, becoming a leading artist in his own right. When asked about how he got involved in the story of Emile Griffith, Blanchard recalls reading the boxer’s autobiography and being inspired to write the opera based on Griffith’s quote: “I killed a man and the world forgave me, yet I loved a man and the world has still never forgiven me.”

Not enough can be said about the pinpoint accuracy of Blanchard’s music to tell this unique story. BMI’s Vice President Film, TV & Visual Media Relations Doreen Ringer-Ross, who attended the Kennedy Center performance, was spellbound along with the rest of the audience.