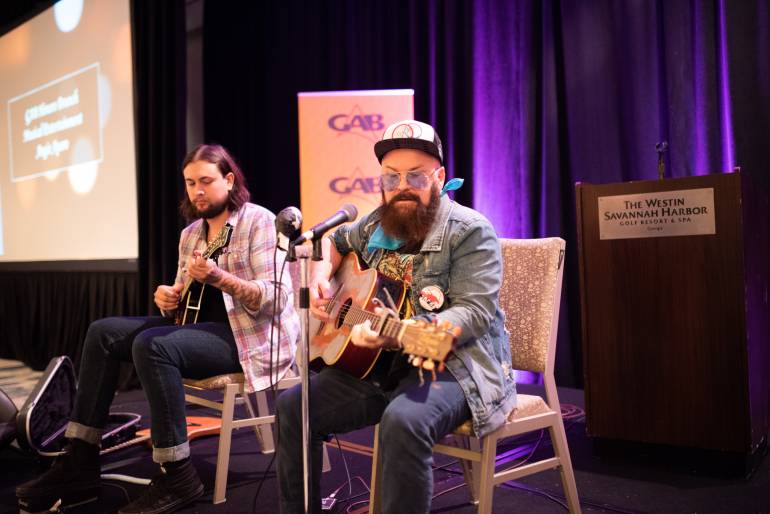 The Georgia Association of Broadcasters (GAB) were treated to an intimate performance from BMI singer-songwriter and Sony recording artist Angie Aparo. Held at the Westin Savannah Harbor Golf Resort and Spa on October 21, Aparo entertained radio and TV executives during the GAB Honors Brunch. The Atlanta-based Aparo, wrote “Cry,” which garnered a GRAMMY for country star Faith Hill, “Big Time,” which was recorded by Big and Rich, as well as two songs on Tim McGraw’s 2012 release “Emotional Traffic.” Aparo also performed songs for the group from his newly released album Life is a Flower, Life is a Gun. In addition, Aparo is releasing an augmented reality app, BackDrop, in early 2019.

The GAB is the oldest association of radio and TV broadcasters in the country representing more than 500 stations in Georgia.