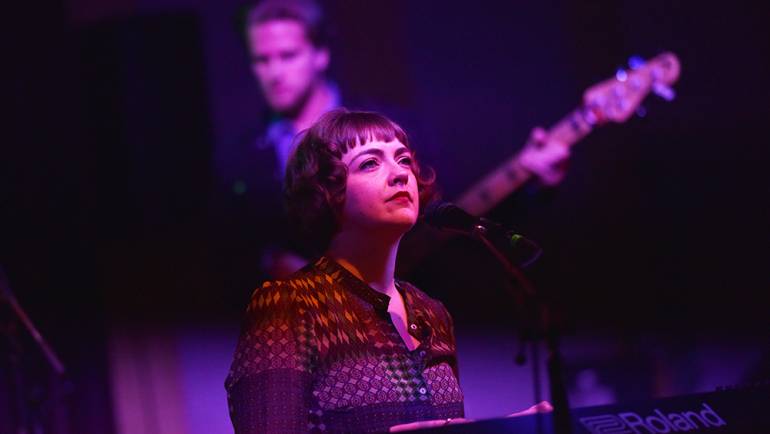 Neyla Pekarek (formerly of The Lumineers) takes a moment to soak it all in at the BMI Snowball during the 2019 Sundance Film Festival at The Shop on January 29, 2019 in Park City, Utah. Photo: John Mazlish for BMI

BMI hosted the 17th annual Snowball music showcase at the 2019 Sundance Film Festival on Tuesday, January 29, at The Shop in Park City, Utah. Performing artist, singer/songwriter and composer Tamar-kali kicked off the evening with a captivating set, accompanied by an all-strings ensemble. Her performance was followed by a stripped-down selection of songs from vocal powerhouse Hailey Knox, and a masterful set by Neyla Pekarek (formerly of The Lumineers), who performed music from her newly released solo album Rattlesnake. This year’s headliner Patty Smyth made her Sundance debut to a full house, with a memorable rendition of her chart-topping single, “Sometimes Love Just Ain’t Enough,” among other hits from both her solo career and as a founding member of Scandal. This year’s all-female lineup highlighted BMI’s diverse roster of affiliates across all genres, and showcased the importance of music in film