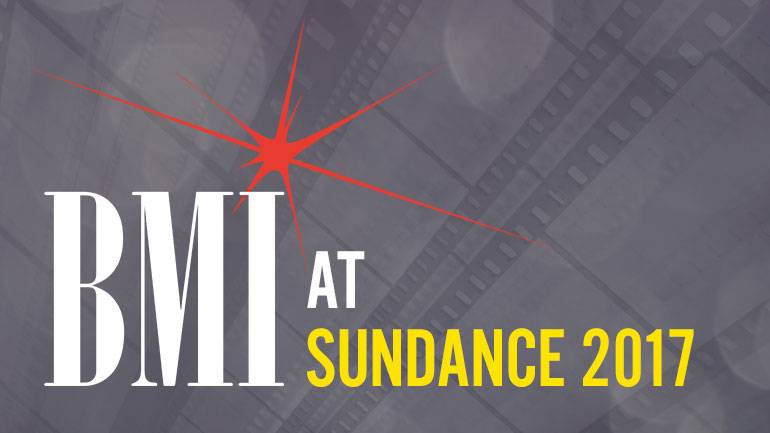 BMI and Sundance Institute have proudly announced the line-up for the 19th annual Composer/Director Roundtable and 15th annual Snowball during the 2017 Sundance Film Festival in Park City, Utah

BMI’s roundtable, “Music & Film: The Creative Process,” will take place on Tuesday, January 24, at Festival Base Camp, presented by Canada Goose (475 Swede Alley, Park City, Utah), from 2:00 p.m. to 4:00 p.m. The conversation will be moderated by Doreen Ringer-Ross, BMI’s Vice President of Film,TV & Visual Media Relations. The roundtable is a cornerstone event at the Festival exploring the role of music in film. Focusing on the relationship between composer and director, participants will discuss what goes into creating a successful film score, the ingredients of an effective composer/director relationship, the Sundance Film Festival experience and more. The roundtable is open to Festival credential holders.

“We are proud to be so closely aligned with the Sundance Institute Film Music Program throughout the year,” said Ringer-Ross, “and we are committed to shining a light on our composers at the Sundance Film Festival because they provide an essential and deeply emotional element of filmmaking that is so subliminal that it often goes unnoticed and uncelebrated.”

The Snowball – to be held at 8:00 p.m. on Wednesday, January 25, at Festival Base Camp Presented by Canada Goose (475 Swede Alley, Park City, Utah) – will feature a stellar lineup of talented BMI singer-songwriters including Angela McCluskey, who has worked with the likes of Paul Oakenfold, Parov Stelar, and Kendrick Lamar, among others; award-winning film composer, violinist, pianist, and accordionist Paul Cantelon; Sean McConnell, whose album debuted at #1 on iTunes Singer/Songwriter Charts; Rachel Crow, who wrote and recorded a song for the film Deidra & Laney Rob a Train; chart-topping band The National Parks and pop/rock duo The Hearings. The Snowball is open to Festival credential holders.

Click here to listen to the playlist for the Snowball showcase!

Click here for more information on BMI at Sundance 2017!