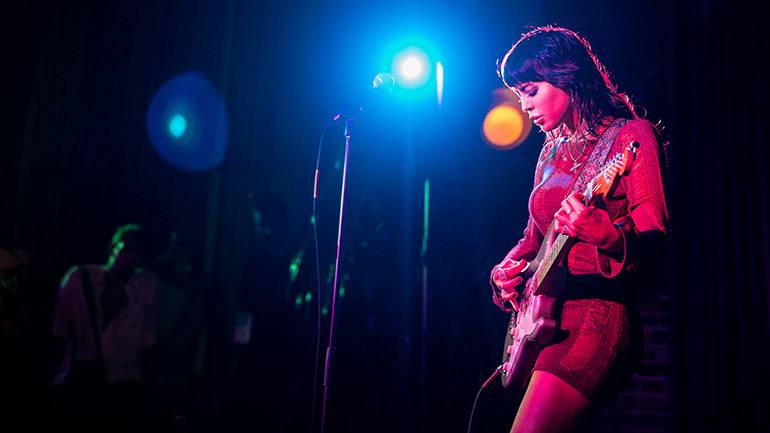 BMI’s Le Coco on performs an intimate set at the Soho Warehouse in Los Angeles on October 11, 2022. Photo: Farah Sosa for BMI

On October 11, BMI partnered with the Soho House to showcase Le Coco Ramos as part of “Sesiones En Casa,” a new series of intimate concerts featuring emerging Latin talent across Soho House properties. The Venezuelan-born, Miami-based singer/songwriter and her band gave an electrifying performance that mixed hypnotic melody with elements of R&B, pop and Latin music in front of an audience of industry insiders and members of the private club at their DTLA Soho Warehouse location. Le Coco’s set included a blend of songs that were independently released as well as songs from her forthcoming major label debut on Warner Music Latina, including “Carajita,” “Ducati” and “Side Bitch,” to name a few. She also showcased her beautiful rendition of “Tonada de Luna” by Venezuelan composer Simón Díaz.