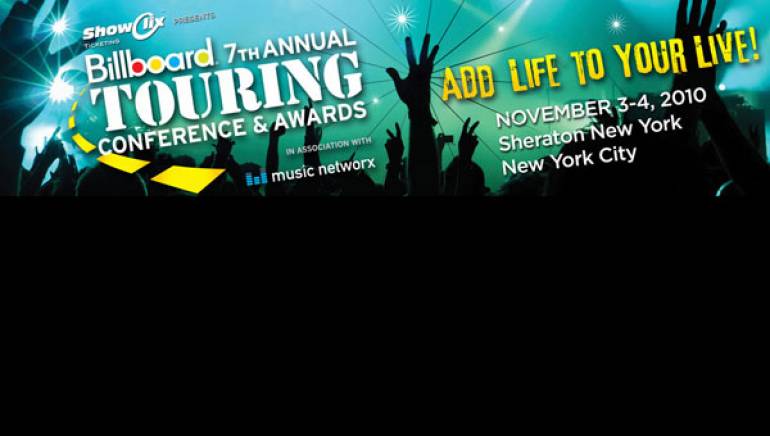 Road warriors will learn how to get the most out of their time spent away from home at the 7th annual Billboard Touring Conference and Awards, slated for November 3-4 at the Sheraton New York in New York City.

Promoters, agents, managers, venues, sponsors, production professionals, merchandising companies, ticket agents and others are encouraged to attend the two-day event, during which industry experts will discuss strategies artists should employ in order to maximize the myriad benefits of life on tour.

The Billboard Touring Awards are the grand finale of the industry powwow, during which the year’s top touring acts are honored based on data compiled through the Billboard Boxscore chart.