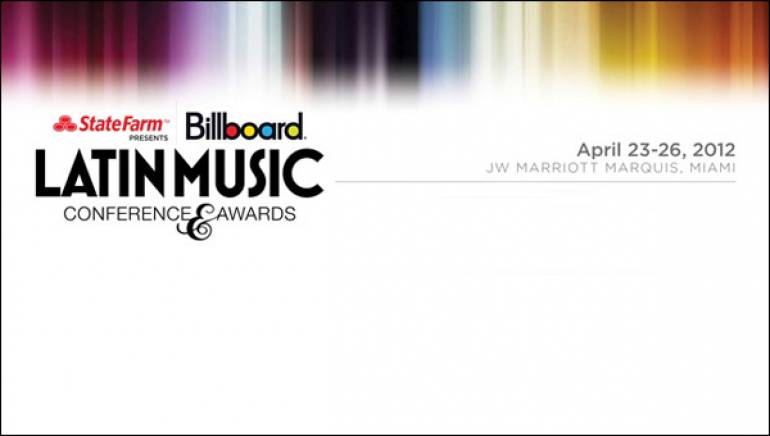 BMI songwriters, composers and publishers may take advantage of discounted registration for the 2012 Billboard Latin Music Conference & Awards. BMI members only pay $350 instead of the standard $499 fee – a savings of almost 30%.

To claim the discount, enter code BMI12 when prompted during registration.

Slated for April 23-26 in Miami at the JW Marriott Marquis Hotel (Biscayne Boulevard Way, Miami, Florida 33131), the summit is one of Latin music’s must-attend networking events and celebrations. A Q&A with superstar Pitbull – the BMI President’s Award recipient at the 2012 BMI Latin Music Awards in March – as well as a conversation with Regional Mexican icon Jenni Rivera, panels on Pandora, contemporary Latin radio programming, the artist as a brand and more fill the stacked conference schedule.

The Billboard Latin Music Awards will cap off the gathering on April 26 by honoring the year’s top artists, songwriters and producers. 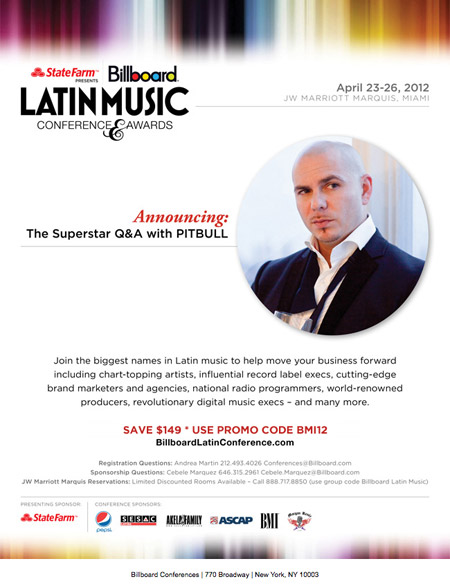