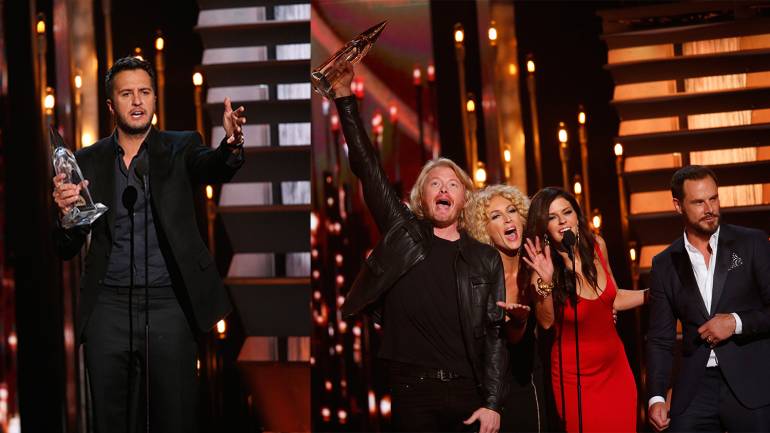 BMI songwriters had a great night last night at the Country Music Association Awards in Nashville. Some of the big wins went to Luke Bryan, who took Entertainer of the Year, and Miranda Lambert, who was named Female Vocalist of the Year. In addition, BMI songwriters Liz Rose and Lori McKenna won the coveted Song of the Year for their smash “Girl Crush.”

Here’s the list of BMI winners. Congratulations to all!

Entertainer of the Year
Luke Bryan

Musician of the Year
Mac McAnally