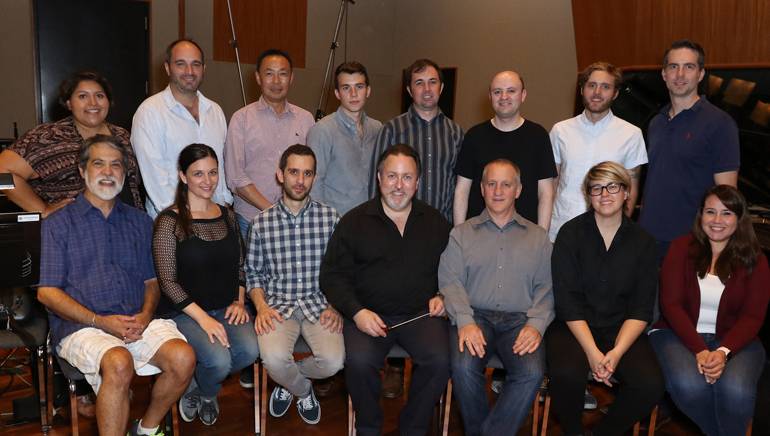 For the 20th year, award-winning BMI conductor and composer Lucas Richman has successfully lead a six-day intensive conducting workshop for an elite group of BMI composers. This once-in-a-career opportunity, which is sponsored by BMI, provided the participants with hands on experience, under Richman’s expert guidance, to hone their conducting skills in preparation for the final session on July 22, when they conducted a 32-piece orchestra live to picture at The Bridge Recording in Glendale.