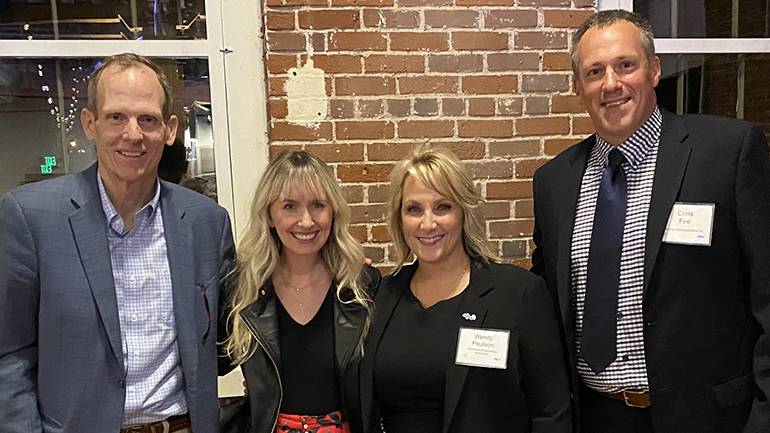 The Minnesota Broadcasters Association’s annual conference, held recently in Stillwater, MN, featured a performance by an award-winning BMI songwriter with local roots. Emily Shackelton, who is a Biwabek native, performed some of her biggest country hits for the audience of radio and TV executives from her home state. While at the Berklee College of Music, Emily won the coveted BMI John Lennon Songwriting Competition and has gone on to write a No. 1 hit for Cary Pearce, as well as songs for Lauren Alaina, Sara Evans, Reba McEntire and Jennifer Nettles. Her tunes have also been featured on television shows like Nashville, American Idol and Dancing with the Stars and in 2018, Music Row presented Emily with the Breakthrough Songwriter of the Year Award.

The MBA promotes and protects Minnesota broadcasting by representing television and radio stations from across the state.