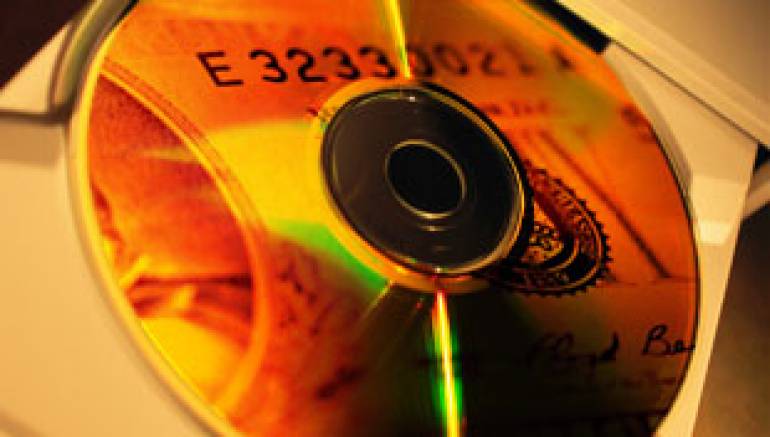 A talented aspiring songwriter who had attended several of my workshops recently sent me a letter expressing his frustration over the difficulty he’s having trying to find a music publisher to represent his songs.  He said he was considering placing his songs with online services where those looking for material could listen.  He was also thinking about subscribing to tip sheets (listings of artists who are looking for songs to record), as well as establishing his own publishing company.  He added that by taking these actions he would not only avoid the time and energy he’d been investing in searching for a publisher, he’d make twice as much money.  He asked for my opinion and some of my thoughts about this follow.

I could empathize with what this writer was feeling.  My mind drifted back to a period of several years that I’d almost forgotten about.  While living in Los Angeles I was so frustrated by my inability to secure a publisher to represent my songs that I decided to take on that role myself. I bought a cassette duplicator (in the days before CDs), and had letterhead, cassette labels, and mailing labels printed with my company name.  I changed the message on my answering machine to sound like a place of business, and suddenly I became a publisher.

After long hours of working my “day job” I’d come home, take a quick nap, and then research which record labels, producers, and artists were currently looking for songs.  I’d find this information by reading trade papers and “tip sheets” that I subscribed to, by networking with other songwriters, and by calling the record labels directly.  I’d frequently work well past midnight typing cover letters and address labels, copying lyric sheets, and making tape copies. Over a period of several years I spent a considerable amount of money (for demos, postage, envelopes, and blank cassettes), time, and energy pitching songs that weren’t competitive.  Of course I didn’t know that at the time, and nothing anyone could have said or done would have convinced me that my songs were less than hits.  Needless to say, I never got any positive results.  Was it all a waste of time?  I don’t think so.  It was a part of my journey and I learned some valuable lessons.

In retrospect I can see that my time would have been better spent honing my songwriting skills and networking to find a publisher who might have represented my songs and helped me develop into a better, more successful writer.  As they say, hindsight is 20/20.

Before further examination of the pros and cons of being your own publisher it’ll be beneficial to define what music publishing entails.  For most developing songwriters, being offered an opportunity to publish their songs is analogous to finding the Holy Grail.  Being “a published songwriter” sounds like the pinnacle of success, but that’s not necessarily the case.

When a book, poem, or magazine article is published, the work appears in print and is typically available for sale.  However, having a song published simply means that an individual or company agrees to act as your agent; to use their best efforts to generate income from the song. Many writers are shocked to learn that part of what “publishing” typically means includes assigning fifty percent of any income their song might earn to the publisher. Unless the song is recorded by a successful recording artist, included in a film or television show, or sold as sheet music there won’t be any income for either the writer or publisher.  The overwhelming majority of published songs never earn a dime.

I sometimes hear aspiring writers boast that they’ll make twice as much money because they’re opening their own publishing company and retaining their publishing share (which is usually referred to as “the publishing”).  Establishing a publishing company is easy to do.  All you need to do is reserve a name from the performing rights organization (PRO) of your choice.  In the United States your only options are ASCAP (the American Society of Composers, Authors, and Publishers), BMI (Broadcast Music International), or SESAC (formerly known as Society of European Stage Authors and Composers, now simply called SESAC).  You fill out a few simple forms, enclose a check, print up some letterhead on your computer, and “Poof” - - you’re a publisher.

By the way, the primary function of performing rights organizations is to collect and distribute royalties earned for radio airplay, television broadcasts, and performances of music in venues such as restaurants, nightclubs, airplanes, shopping malls, and roller rinks.  If your songs are being played on the radio, on television, or in these other venues you must be a member of one of the PROs to collect your performance royalties as a writer or a publisher.

Bear in mind that a publisher must be affiliated with the same performing rights organization as the writer it represents.  So, for instance, if you are signed with BMI as a writer, your publishing company must be a BMI company.  That’s why large publishing companies that sign writers who are affiliated with different PROs are actually comprised of several different publishing companies.  For example, Warner/Chappell Music owns WB Music Corp. to collect the performance royalties that are generated by its ASCAP-affiliated writers, Warner-Tamerlane Publishing Corp. for its BMI-affiliated writers, and W.B.M. Music Corp. for its writers who are members of SESAC.

So, if it’s that easy to become a publisher why would I want to give away half of my royalties by allowing someone else to publish my songs?  Well, the simple answer is that earning fifty percent of significant income is preferable to one hundred percent of nothing.  For example, while it’s true that my publisher earned hundreds of thousands of dollars from my songs recorded by Britney Spears and the Backstreet Boys, so did I - - and this is income that never would have been generated without my publisher’s connections.  (Zomba owned Jive Records, the label that Britney and Backstreet Boys were signed to, at the time when my songs were recorded by these artists.)
In the olden days a publisher’s primary function was to print and market sheet music.  Back in the days before CDs, cassettes, and other forms of recorded music, the sale of sheet music used to be where the bulk of a songwriter’s income came from.  Music lovers would buy a copy of the sheet music of the latest hit song and learn to play it on their piano.  Today, making sheet music available is a very small part of a publisher’s job.  With the exception of some choral and religious music unless a song is a major hit there will be no customers for its sheet music.

A publisher’s primary task is to generate income from sales and performance royalties.  This happens by placing songs with recording artists.  In order to facilitate getting songs recorded, successful publishers develop the contacts necessary to get meetings with artists and those individuals in charge of helping artists find songs to record (i.e., A & R representatives at record labels, producers, and artists’ managers.)  They also set up collaborations between their writers and other successful writers, artists, and producers.  These collaborations often provide a more direct route to getting songs recorded than simply pitching songs to record labels, artists, or producers.
In addition to their administrative functions, good publishers provide feedback and creative input for their writers.  Having a professional, objective opinion can really help to make our songs the best they can be.  When deciding whether being your own publisher is the best route for you, you need to assess whether you can fulfill these functions as well as a professional publisher would be able to.

While anyone can mail a CD to a record label or producer, unless you’re an established “name” publisher or writer it’s not typically effective to pitch songs this way.  You’ll find that many companies will either return the songs as “unsolicited” or will never listen to them.  It’s much more common for songs to be placed as a result of being played at a face-to-face meeting with a music business professional.

When I was a struggling songwriter, paying my rent by screening songs for RCA Records, and later, handling production coordination for albums by Country stars including Aaron Tippin, I rarely took the time to wade through the piles of tapes from unknown writers and publishers.  That’s not to say there couldn’t have been a good song in the bunch, but since my time was limited I felt I had a better chance of finding that elusive “hit” if I first listened to songs that had come from successful writers and established publishing companies.  Unfortunately, I rarely had the time to listen beyond that first tier.

In my experience, and that of the students I’ve worked with, it’s incredibly difficult for a writer without a track record to make a mark in the music business without the representation and credibility of a publisher.  While any reputable pitchsheet (such as RowFax or SongLink) will tell you who’s looking for songs, mailing your CD won’t necessarily get it listened to.  It’s rare that a cut happens that way.  This business is about personal relationships - - and that’s where a publisher comes in.

If your songs are at a level where legitimate publishers would be willing to represent them, but you choose to be your own publisher, that’s a valid choice - - presuming you have the business savvy, the desire, and the skills necessary to successfully market your material.  Don’t be discouraged if one or two publishers fail to get excited about your songs.  That’s par for the course.  But if you’ve received a half dozen or more rejections from reputable publishers, there’s probably a good reason why they don’t feel they can get your songs recorded - - and you would probably not be able to get them recorded either.

My take is that your time is best spent developing your songwriting skills and seeking a reputable publisher to represent your songs.  Sure, it’s easier and less frustrating in the short term to avoid a certain amount of rejection by being your own publisher.  But, it’s tough to get a song cut and generally, if you try hard and still can’t find a publisher to represent your songs, then it’s doubtful you’d be able to get those same songs recorded by pitching them yourself.

I don’t have a crystal ball and I don’t claim to have all the answers.  There are no “rules” in the music business, and if you search hard enough you could probably find an exception to each and every thing that I teach.  Follow your own path.  If your heart tells you to be your own publisher, go for it.  But if what you really want is to have a legitimate publisher recognize and represent your songs, continue to work on your songwriting.

Remember that success in this business is based on writing exceptional songs - - not good ones.  That’s not easy to do.  I haven’t found any shortcuts, easy answers, or guarantees.  But I can promise that with practice, patience, and perseverance you’ll have a better chance of writing the kind of songs that make publishers take notice.