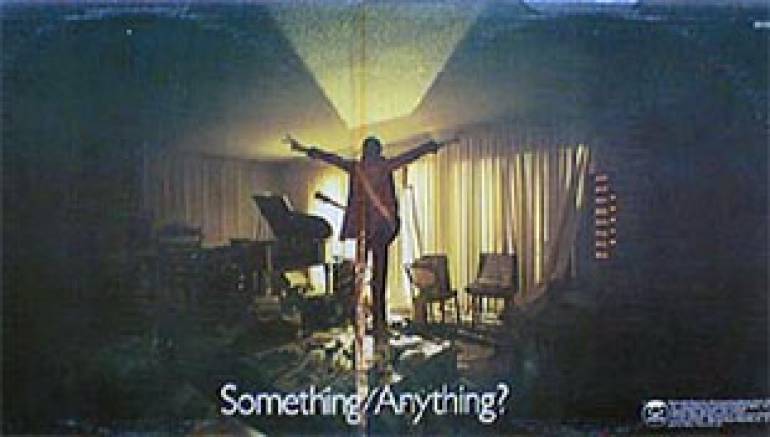 By the start of the ‘70s, portable multi-track technology had enabled multi-talented types like Paul McCartney and Pete Townshend to create an entire album’s worth of material unassisted. Todd Rundgren, a budding producer (whose credits included the Band’s Stage Fright and Badfinger’s Straight Up) and virtual one-man band, was not to be outdone. Late in 1971, Rundgren set up shop inside I.D. Sound, a small Los Angeles studio, and began work on his first full-fledged solo effort. Manning the controls was James Lowe, an L.A.-based engineer and frontman for ‘60s roots-rockers the Electric Prunes.

“I.D. was one of the first independents in Los Angeles,” recalls Lowe, “the kind of place where you could go and really get hands-on and no one would bother you. Plus, it had the full compliment of Sennheiser and Neumann mics, and really nice homemade effects as well.”

Rundgren arrived at I.D. with a large parcel of ideas -“a bouquet of ear-grabbing melodies” as he’d later call them - few of them fully formed. “Todd didn’t have any demos, because as it turns out, the album was the demo - it all went down right there,” says Lowe. “In fact, a lot of times Todd only had a rough sketch of a song, and it would just develop through the recording. It’s a great way to work - things are happening spontaneously and that’s when the real magic can happen.”

Rundgren began each song by situating himself inside I.D.‘s closet of a drum room. “I’d have the song in my head, sit down and just play,” says Rundgren. “Which is why some of the songs begin and end in a completely different tempo.”

“I was never sure exactly where the song was going until we’d put down about four or five tracks,” says Lowe. “He’d leave these blank spaces all over the place - there would be eight or 12 bars of nothing - and then he’d just go back afterward and pop in a piano or guitar in that spot. As a result, I was mostly working in the dark. Even lyrically, I’d have no idea what the songs were about, he’d just go into it, and before long, a whole song would be formed.”

One thing was certain: Rundgren wanted the songs to have a muscular, uncompromising veneer. On the pop rave-up “Couldn’t I Just Tell You,” for example, Rundgren’s acoustic guitar was sent through a compressor set to maximum gain. “That sucking-limiter thing worked great on that song,” says Lowe with a grin. “We were using these really nice Techtronics limiters on almost everything. Most of the tracks were right on the edge, cause we were really trying to make something that had a little more bite than the usual thing. As a result, it’s very top-end and pretty raucous.”

Limiting also played a key role in the development of Rundgren’s trademark drum sound. “Where a lot of people at the time were doing basic stereo set-ups with separate bass drum and snare, we’d dedicate five or six tracks of drums and have all the individual drums isolated,” says Lowe. “That way, if we wanted to go back later and put a limiter on the snare and really squash it or strain it out some other way, we could. As opposed to having the overhead locked in to the snare, or the bass pedal, or whatnot. Plus we could mix the entire set right across the stereo field, as opposed to being totally left and right.”

With a handful of tracks committed to tape, Lowe and Rundgren borrowed a Scully 8-track, a U-87 condenser mic and some outboard gear and headed up to Rundgren’s apartment in nearby Nichols Canyon, where they proceeded to add some homemade flavor to the work-in-progress. “It was mainly just guitar and vocal overdubs,” says Lowe. “But it definitely contributed to the vibe of the album.” During one of those living-room sessions, Lowe snapped a back-to photo of the artist striking a mock-Nixon pose from atop a makeshift platform, with wires and crumpled paper strewn across the floor and a vocal mic taped unceremoniously to the handle of a floor mop. “I used a wide-angle lens,” recalls Lowe, whose shot was later used for the album’s gatefold, “in order to take in the full scope of the mess!”

Final vocals were cut at New York’s Record Plant and Albert Grossman’s Bearsville Studios upstate in Woodstock, NY. “We’d just put up a 67 and he’d sing right there in the control room using the monitors for the playback,” says Lowe. “Todd was the one who showed me that that could be a real viable way to cut vocals - the cool thing is that you’re right next to each other there in the room, so physically it’s even easier. You get a great vibe that way.”

Released in early 1972, Something/Anything? spawned a pair of smash hits in “I Saw the Light” and, over a year later, “Hello It’s Me,” a re-make of Rundgren’s 1969 hit for the Nazz (and his one-and-only trip to the Top 10). Getting the gold was apparently good enough for Rundgren, who spent the ensuing years satisfying his quirky artistic impulses with his on-again-off-again group Utopia while tossing off the occasional radio-friendly hit (“Can We Still Be Friends”) just to prove he still had it in him.

“I think Something/Anything really captures the human element of recording,” says Lowe, back in top form with a re-vitalized Electric Prunes. “There’s a moment-in-time feeling that you don’t always get when all the flaws are preened and all the intro’s and endings tweaked. Because it’s not always about perfection?and that’s were Todd succeeded.”