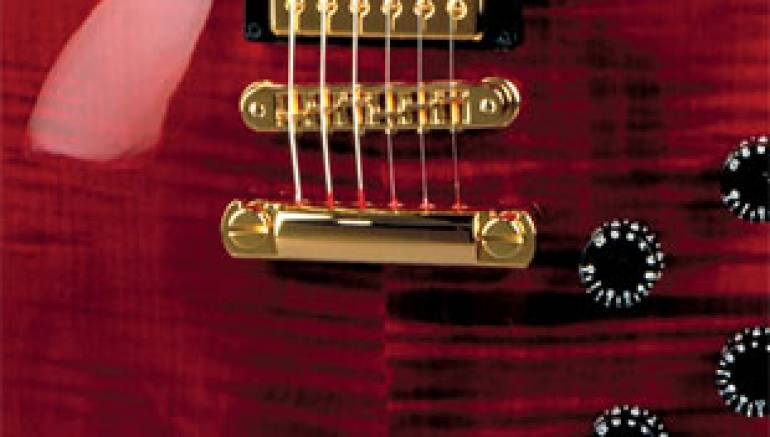 Before 1976, few people would’ve dreamed of making it big with a basement tape - but then again, there had never been anyone quite like Tom Scholz. Growing up in Toledo, Ohio, Scholz could fix almost anything that required power-: cameras, toasters, radios, you name it. In high school, the 6’5” Scholz led his basketball team to the state finals and might have even turned pro had his electronics wizardry not won him an all-expenses-paid trip to the prestigious Massachusetts Institute of Technology. After graduating with near-perfect grades, Scholz went to work for Boston-based research giant Polaroid Corp. as a senior product-design engineer. The year was 1969, and the 21-year-old Scholz already had the world on a string.

Then he learned to play the guitar.

“I never thought it would be more than a hobby,” recalled Scholz, a classically trained pianist, who nevertheless began work on a basement recording facility (later dubbed Foxglove Studios) in his rented home in Watertown, Mass. While pulling in the Polaroid paycheck, Scholz spent his evenings compiling original songs, recorded with the assistance of drummer Jim Masdea and a local vocalist named Brad Delp. Before long, Scholz had the makings of an album. Now all he needed was a record deal. And a band.

“I sent tapes to two dozen labels,” laughs Scholz, “but they were rejected by almost everybody.” Undaunted, Scholz plowed ahead, and eventually procured a pricey Scully 8-track tape machine (purchased with funds earmarked for a first-home down-payment). Eventually, Scholz rang up Delp and talked him into returning to the basement for one more round of demo-making. “I had a wife and I had rent to pay and that kind of stuff,” remembers Delp, “but I was jumping up and down that Tom would call me to do some more tapes.”

After an initial rejection, in mid-1975 Epic Records finally decided to give Scholz and his studio helpers a shot, but insisted that Scholz re-record the tracks in Hollywood with an in-house producer. Scholz, however, believed that his basement tapes were suitable for release - and after one listening, Epic’s hired producer, John Boylan, agreed. While a “decoy” band that included guitarist Barry Goudreau, bassist Fran Sheehan and newly hired drummer Sib Hashian was dispatched to L.A., Scholz remained in his studio back east, busily putting the finishing touches on the backing tracks. “Boylan’s plan enabled me to record alone in my basement studio, uninterrupted and unsupervised, something CBS would not have allowed,” says Scholz.

Even with major-label funding now available, Scholz insisted on keeping things cheap. The now-famous intro to “More Than a Feeling” was performed on Delp’s cheapo Yamaha 12-string acoustic (obtained from a suburban Boston department store) using a simple EV RE16 dynamic microphone. Masdea’s drum tracks were cut using nothing but a handful of Shure SM-57s. “Why do everything on expensive equipment, which can turn out to be a pain in the butt?” reasoned Sholz. “My only objective was to have it all sound good in the end - by any means.”

Weeks later, Scholz escorted the finished tapes out to L.A., where Delp applied final vocal overdubs. “A couple of them he couldn’t do because he was having trouble with his voice in the smog,” notes Scholz. “So we went back and finished them up in my basement, and I had to cart the tapes back to LA and dub them in on a two-inch from another analog tape, which was pretty unusual back then.”

In late-summer 1976, Scholz’s virtual band - dubbed Boston at the suggestion of producer Boylan - finally went public. The response to the debut album was swift and immediate: 500,000 copies in a matter of weeks, 2 million by year’s end. Scholz was still punching the clock at Polaroid when “More Than a Feeling” cruised into the Top Five that fall (he gave his notice a short time later). Initially the fastest-selling debut album in history, to date Boston has sold over 17 million. Scholz’s final tab? A princely $2,000.

Today, Scholz, who went on to pioneer numerous guitar-effects devices and produce several more platinum-selling Boston albums, keeps a framed copy of the initial Epic rejection letter on the wall in his home as a testament to the power of perseverance - and the belief that even basements can build blockbusters.

“I’m very slow to change something that’s working,” says Scholz, a longtime analog loyalist. “Look at what’s happening now: People have suddenly started going back to the old tape decks and other standard equipment. But I figured that out long ago - you just don’t need high-end stuff to make a good record.”