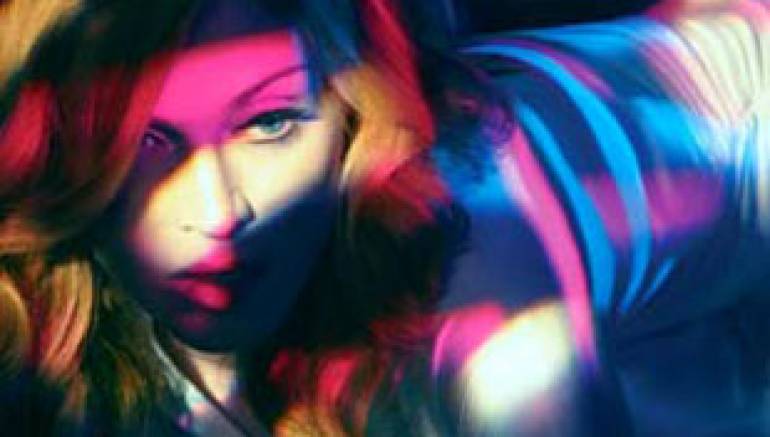 Signed to Seymour Stein’s Sire Records in 1983, Madonna (born Madonna Louise Veronica Ciccone) quickly broke into the mainstream with a pair of 1984 singles,  “Lucky Star” and “Borderline,” and by year’s end, her self-titled debut album had gone platinum. Nothing, however, could have prepared listeners for the singer’s next move. Mid-way through 1984, Madonna met up with producer Nile Rodgers - the man responsible for infectious club hits like David Bowie’s “Let’s Dance” - inside New York’s Power Station, the 48th Street studio founded in the mid-‘70s by New Jersey’s Tony Bongiovi (and current home to Avatar Studios). For Madonna’s second effort, Rodgers envisioned a simpler set-up with live rhythm tracks, and assembled an economical rhythm section consisting of bassist and production partner Bernard Edwards and the late Tony Thompson on drums (whose pounding rhythms can be heard on the Bowie single), with Rodgers himself handling guitar chores.

The concept worked brilliantly. Co-written by pop tunesmith Billy Steinberg, “Like a Virgin,” the title-track from the forthcoming album, revealed a tougher, hard-pop Madonna, a sound so irresistible that even rock radio took notice. “Like a Virgin” owed its success in no small part to Thompson’s relentless drum sound, carefully sculpted by Rodgers’ main engineer Jason Corsaro.
“Tony had such a great way with the drums, his playing was so hard and so loud, he just filled up the room up with sound,” notes Corsaro. “Certain drummers play more ‘inside’ and you don’t want to lose all the rhythms and the syncopations. But with Tony, it was always about the bass drum, snare and hi-hat, and all the space in between. I realized it was something that needed to be captured. I mean, if you’ve got a drummer who sounds so beautiful in the room, why would you want to take that away?”

Until that time, dance-pop rhythm parts had maintained a relatively inconspicuous role in the mix, and initially, Corsaro’s attempts at beefing up the backing were met with resistance. “Prior to Like a Virgin, I’d been trying to get the same sound on a Chic record called Believer,” recalls Corsaro, “but the folks at Power Station were always telling me, ‘You can’t put r&b drums in the big room, they have to go in the dead room!’ But that didn’t make any sense to me - I knew there had to be a way to capture the power of the drums and keep the rhythm intact at the same time.”

Corsaro eventually settled on a method that involved equal parts mic placement and just plain technical creativity. “By being too close, I knew I was going to miss a lot of the dynamics. By the same token, the music demanded a strong groove. So I started cutting the room tracks in time with the drums. Everyone thinks it was gated, but I actually wrote the parts into the computer as we were mixing, and just fixed them if they got out of time! When I added Tony’s drums on top of that, the sound was incredibly powerful. It was just what I wanted - a rock, room sound, but also very r&b.”

Thanks to Rodgers’ minimalist mix, Thompson’s drum kit became the featured instrument on “Like a Virgin.” “That’s one of the things that made the song so special,” says Corsaro. “Because there was nothing else but guitar and bass, the drums had so much space to fill. You could hear what Tony was doing so clearly.”

Still, Corsaro had some selling to do during the initial playbacks. “To tell you the truth, Nile wasn’t that into it in the beginning,” recalls Corsaro. “It really went against the grain of the early-‘80s dance sound - I think he was looking for something a bit more ‘normal.’ But Madonna and her manager absolutely loved it. And that was all he needed to hear.”

Corsaro’s sound innovation was instrumental in helping to cross Madonna into the rock mainstream - an almost unheard-of feat at the time.

“I was thrilled when they picked ‘Like a Virgin’ for the first single,” says Corsaro, currently chief engineer with New Jersey-based The Barber Shop studios. “It became the first dance-pop record to have a real rock drum sound. Of course, since then Madonna’s proved herself quite capable at keeping up with new ideas - it’s really one of her finer attributes.”

Reaching Number One on December 22, 1984, the title track to Like a Virgin remained at the top of the charts for the first five weeks of 1985, becoming Madonna’s biggest career single. Like a Virgin (which itself hit No. 1 and went on to sell 21 million worldwide) spawned three additional smash hits in “Material Girl,” “Angel,” and “Dress You Up.” Meanwhile, the Corsaro-Thompson sound would be heard again and again on pop radio, from Power Station’s “Some Like It Hot” to Robert Palmer’s “Addicted to Love.” Corsaro would later help bring the monstrous attack of drummer Matt Cameron to the world at large via Soundgarden’s Superunknown.

“I don’t think you should make a record based on a great drum sound with a song thrown on top of it - it has to be the other way around,” says Corsaro. “On the other hand, if it means someone’s paying attention to the music because of that drum sound, that’s a great thing.”