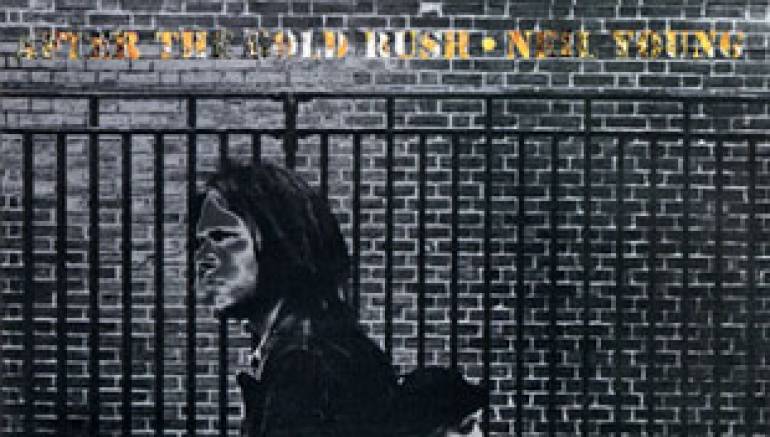 In January 1969, 23-year-old singer/songwriter Neil Young released his self-titled solo debut album, its layers of guitars reminiscent of Young’s work with the Buffalo Springfield. But when Neil Young failed to crack the album charts, Young immediately went back to work, recording Everybody Knows This Is Nowhere at Wally Heider’s Los Angeles studio in less than two weeks with new backing band Crazy Horse. A tour-de-force of spontaneous energy, Everybody Knows made good on producer David Briggs’ assertion that when it comes to rock & roll, “the more you think, the more you stink.” Everybody Knows eventually went platinum - and Young’s days of meticulous overdubbing were gone for good.

An affiliation with David Crosby, Stephen Stills and Graham Nash left Young poised for superstardom as he made plans to cut a third solo album in early 1970. Anyone else would’ve played it safe; instead, Young characteristically decided to follow his instincts.

To avoid the usual studio intrusions, Young decided to set up shop in the basement of his new home in the Topanga Canyon hills of Los Angeles. A few hapless comrades were enlisted to haul a pile of lead for soundproofing up Young’s steep driveway; Young himself paneled the walls with pine milled from the trees in his backyard. Young’s modest gear collection included a Scully 8-track, a small mixer, and a handful of mics. Because there was no room for echo plates or other processors, the sound would be unusually arid - which was just fine with Young, who’d come full circle from his echo-drenched excursions with the Springfield. All vocals would be cut live and dry.

“There was a s**tload of room on those recordings,” recalled Young, “because there wasn’t anything else goin’ on. Just rhythm guitar, bass and drums - that’s all there was. The song was it?and everything else was supporting it.”

And what songs he had. By 1970 Young was on a creative tear, pitting rockers like “Southern Man” and “When You Dance I Can Really Love” against acoustic nuggets “Tell Me Why” and “Don’t Let It Bring You Down.” Also included was a pensive piano ballad entitled “After the Gold Rush,” originally earmarked for a film by director Dean Stockwell. The movie was never made, but the title stuck.

As CSNY’s Déjà Vu landed in stores that March, Young went to work in his makeshift studio, backed by a skeleton crew that included Crazy Horse drummer Ralph Molina and CSNY bassist Greg Reeves. Also on hand was guitarist Nils Lofgren, an 18-year-old Washington, D.C. native who’d barged into Young’s dressing room months earlier and brazenly performed a few originals on Young’s Martin D-45. Impressed, Young rang up the teenager and asked if he’d join him in the studio for the making of the new album.

“I get there, and right away, Neil hands me an old Martin D-18 and has me play the second guitar part on ‘Tell Me Why,’” recalls Lofgren. “Which was actually the first time I’d ever done any real acoustic-guitar work. At the end of the session, he gives me the guitar as a gift for helping him make the record. I was 18, I went running off a mile into the deep woods of Topanga Canyon, got lost and just sat there with this gorgeous guitar, thrilled out of my mind that Neil Young had just given me his Martin to keep. Totally in the clouds.”

As it turns out, “Tell Me Why” would be the last piece of string work Lofgren would contribute. Though an accomplished accordion player, Lofgren had never once touched a piano - which is why it came as a shock when Young asked him to work up a piano part for “Southern Man.” “I thought he was joking,” laughs Lofgren, who spent the ensuing week crash-course adapting to the 88s. “I wound up on piano for ‘Southern Man,’ ‘Don’t Let It Bring You Down,’ ‘Only Love Can Break Your Heart,’ and ‘Cripple Creek Ferry’,” notes Lofgren. “It was all part of Neil’s master plan - I mean, I could’ve ripped it up on guitar, but that would have been predictable. That’s not what he wanted. No chops.”

Young got even more minimalism out of visitor Jack Nitzsche, who’d worked with Young during his days with the Springfield. That July, Young, Nitzsche and Crazy Horse convened in the basement and cut “When You Dance I Can Really Love” totally live, with Young flailing away on his Gretsch White Falcon. Nitzsche, however, wasn’t about to submit to Young’s whims without a fight. “I was there when Jack did his part on ‘When You Dance,’ which was a riot,” recalls Lofgren. “Jack was pretty drunk, and he got kind of angry at Neil for even putting him up to playing piano in the first place. Neil kept cajoling him, but the whole time Jack was in there playing this insane piano part, he was giving us all kinds of crap! We had to keep tell him that it sounded great.”

Young’s After the Gold Rush was released in late summer to unanimous acclaim; by Christmas, it had become Young’s first Top 10 album, and remained charted for over a year on its way to selling two million. Though a stunning success, Young’s decision to bring it all back home would take its toll on his personal life. “I was writing ‘Southern Man’ in the studio,” Young told McDonough, “and [wife] Susan was angry at me for some reason, throwing things?they were crashing against the door.” The same month the album was released, Young’s already fractured first marriage officially came to a close.