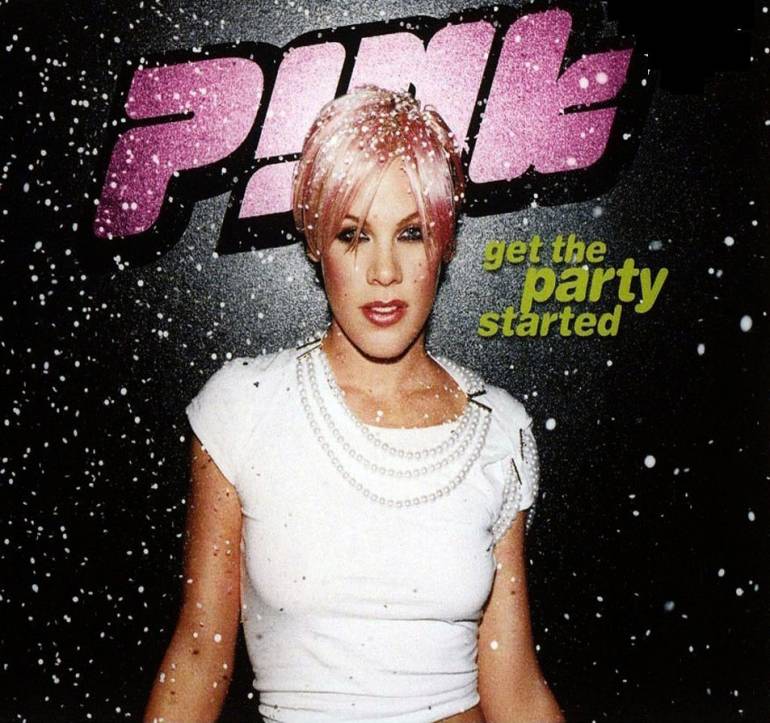 While preparing to record the follow-up to her platinum-selling debut Can’t Take Me Home, in early 2001 Philadelphia’s then 21-year-old pop ace Pink (born Alecia Beth Moore) decided to make a beeline for the Sherman Oaks residence of Linda Perry, the former leader of early ‘90s rock quartet 4 Non Blondes - and, as it so happens, one of Pink’s earliest musical heroes. An independent producer/songwriter and author of 4NB’s million-selling hit “What’s Up,” Perry, who spent most of the ‘90s avoiding the musical mainstream, tried to convince the young singer that she had no business producing an album’s worth of r&b-flavored pop. Pink, however, was not to be denied, especially after hearing a piece of a new dance track Perry had recently cooked up entitled “Get the Party Started.”

“That was the beginning,” recalls Pink. “We ended up recording 20 or more songs between the two of us - right there in Linda’s house, on her furry rug.”

What could have merely been a batch of skillfully assembled home demos turned out to be the foundation for Pink’s chartbusting sophomore effort, 2001’s M!ssundaztood (which has sold 12 million copies to date) and its chart movers “Get the Party Started” and “Don’t Let Me Get Me.” Out of nowhere, Perry, who wound up writing, producing and engineering most of the material without ever leaving the driveway (using a 2-inch Studer and Tascam DA-88, no less), suddenly became a hot commodity, penning additional hits for Christina Aguilera (“Beautiful”), Gwen Stefani (“What You Waiting For”) and various others.

For those who fantasize about creating their own platinum-selling work from the privacy of their basement studio, the Pink-Perry project is proof that, even in today’s inner-circle society, pop miracles still do happen.

“Linda is really one of the most gifted people I’ve ever met,” says veteran r&b mixer Dave “Hard Drive” Pensado, the man handed the job of preparing “Get the Party Started” and other M!ssundaztood tracks for mass consumption. “She was given a really tight budget to do the work, yet when I pulled up the faders on that song after it arrived from her home studio, it was already a hit.”

From his perch inside Burbank’s The Enterprise Studio Cat mixing room, Pensado - who has delivered hits for Aguilera, Jamiroquai, Warren G and the Black Eyed Peas - made sure nothing was left to chance. That didn’t necessarily mean playing it safe, either.

“I think ‘Get the Party Started’ could have been a very sweet candy song with a much shorter shelf life, but in some small way the decisions we made in the mix process helped give it that extra shot of credibility,” says Pensado, who began by running Pink’s vocal track through a basic Sans Amp plug-in. “Just to make it dirtier, edgier, rougher, uglier,” says Pensado. “If you’ve spent any time at all around Pink, you know right away that she’s got this incredible edge. And I really needed to bring that out on the first single. I also put some echoes before each chorus that were slightly out of time but had a nice polyrhythmic feel to them. And if you listen closely to the intro, you can hear where I took the rough instrumental mix and chopped it up using Serato Pitch ‘n Time, with each note tuned just a little different. I stuck it on at the very end as well.”

“In reality, maybe one-third of the hits I’ve done have originated in the home or home-type studio,” says Pensado. “While there’s definitely some sonic improvements to be made, in many ways there are a lot of things the home guys do that are in fact better than the recordings that come from a big facility. That’s because, in general, the creativity that emerges from a home studio almost always surpasses that of an expensive studio. Never mind the sound quality - personally, I’d rather start with the kind of feeling, emotion and creativity you get on a homemade record like Pink’s. That’s the main thing. Because I’ll make it sound good from there!”