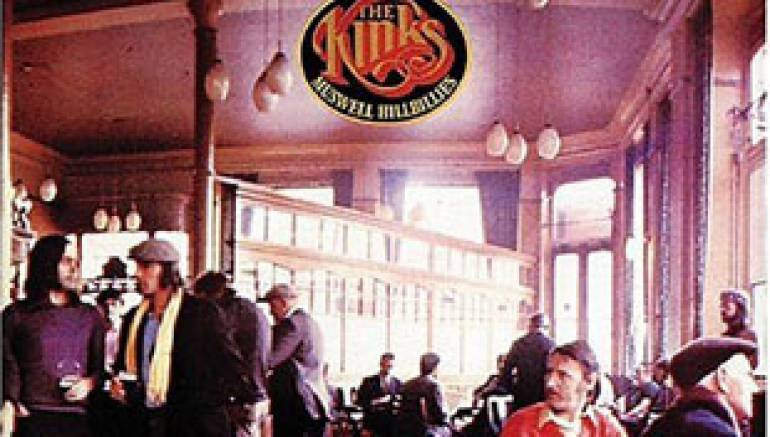 Like most British Invasion acts, the Kinks rose to power with a sound heavily inspired by American blues, rock and r&b. But in songwriter Ray Davies, the band sported an unabashed Anglophile whose vocal affect and native references (“he likes his fags the best”-about cigarettes, thank you) may have baffled some Americans, but gave the Kinks an air of distinction nonetheless.

However, by the late ‘60s Davies’s thoroughly English manner was painfully out of step in a world obsessed with free love and cheap dope. Arthur (or the Decline and Fall of the British Empire), from 1969, didn’t even chart in the motherland, nor would any succeeding Kinks album. A performing ban in the U.S. (the result of previous acts of touring mayhem) didn’t help matters, either.

Not that Davies was about to change a lick - and as 1970 unfolded the Kinks staged a stateside comeback, beginning with “Victoria” (a mini-lesson in British totalitarianism, no less) and followed months later by “Lola,” the cross-dressing classic that returned the band to the U.S. Top 10 for the first time in five years. In demand and in need of a new contract, in 1971 the band secured a five-album deal with RCA, then soldiered off to London’s Morgan Studios that August, armed with 20 fresh Davies demos and a million dollars in advance money. Principled to a fault, Davies wasn’t about to let success spoil him just yet.

“My response was to turn around and make the most basic record possible,” says Davies. “With Muswell Hillbillies, the band became responsible for its destiny for the very first time. We’d changed labels, we’d finally begun touring America again. It was a whole new image for the Kinks - we were working toward making albums, rather than just doing pop singles the way we had in the past.”

Though loosely based on the post-War decay of urban London, Muswell Hillbillies was anything but morose: Themes like debauchery (“Alcohol,”) anorexia (“Skin and Bone”), paranoia “(Here Come the People in Grey”) and pollution (“Holiday”) were somehow transformed into an oddly uplifting and humorous collection of songs. Part of the reason was the album’s musical format, which drew heavily upon the traditions of the American south.

“I wanted it to sound not so much like a country band, but more like a band that was playing to its own intensity,” says Davies. “Rather than one that had to hype itself up to where the rest of the world was. Of course, it took a bit of effort to make it sound that simple.”

In contrast to the sleek pop of the Kinks’ first era, Muswell Hillbillies was, by Davies’s own estimation, a “very dusty, almost under-recorded album.” Reverb was held to a minimum; Davies’s Martin acoustic guitar fueled rockers like the superb anti-tech rant “20th Century Man.” With backing from traditional jazz combo the Mike Cotton Sound, “Alcohol” sounded as if it were the product of some Sunday afternoon gig in a dingy London local. “That’s just what I was after,” notes Davies, “I wanted it to appear as if the horns were off in a corner of a different room - and in fact we did just that. At one point we put up a mic in the hallway, then had them go off into the bathroom and play in there!”

While perusing the original masters for a 1998 Velvel Records reissue, Davies uncovered a pair of discarded tracks, “Mountain Woman” and “Kentucky Moon,” recorded on the same day mid-way through the sessions. “We’d only tried a couple of run-throughs of ‘Kentucky Moon,’ and my guide vocal was pretty sloppy,” recalls Davies. “Still, that one was a real find. Like the song ‘Muswell Hillbillies,’ it’s written from the perspective of someone who’s never been to that part of America - just observing things from films and television. In fact, I really hadn’t been to Kentucky when I wrote the song, though, ironically, I finally got to go there during the ‘Storytellers’ tour a few years back. It really was this very hot, muggy place - and that’s what that track reeks of! And Dave’s guitar work is really exemplary, especially considering it was just two attempts.”

Given the band’s track record at the time, naturally RCA assumed that Davies would be good for another “Lola” or two. Instead, they watched as their million-dollar investment yielded an album with zero hits and a lowly No. 100 ranking on Billboard’s album chart. In time, however, Muswell Hillbillies would come to be regarded as the Kinks’ finest work overall, and one of the most enduring of all cult classics. Which is exactly what Davies was after in the first place.

“We’d had the big hit with ‘Lola,’ we’d fought our way back into America, and things were picking up,” remarked Davies. “Then we made Muswell Hillbillies, and it kind of set everything back a few years, I suppose. It was the classic case of not delivering what people think you’re going to deliver. And I was very happy to do that.”