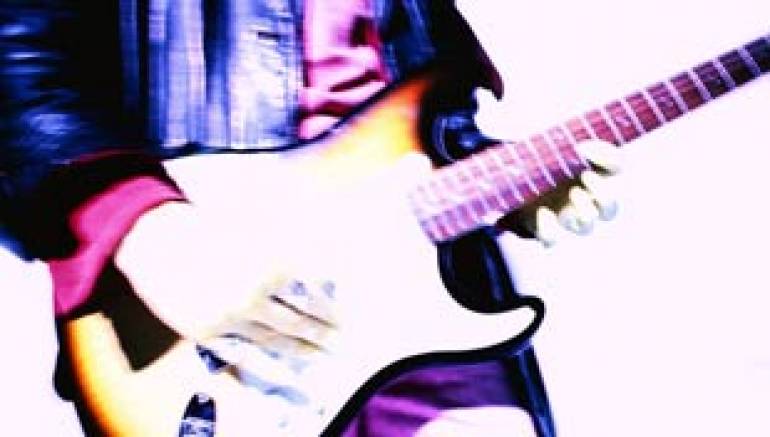 One artist I’ve worked with closely who had to assess his plan to see if it was feasible was guitar great Craig Chaquico. Craig was a Sacramento, CA, high-school student when he was discovered by Paul Kantner and Grace Slick playing in a club band (complete with fake mustache to look older). After playing on their solo projects, he was asked to join their new post-Jefferson Airplane band, Jefferson Starship. As the boy wunderkind, he was young, good-looking, and phenomenally talented on guitar.

This new ‘70s reincarnation of one of America’s favorite bands took off with the hit “Miracles.” Craig went from high-school club gigs to stadium shows, private jets, and multimillion album sales. Despite new lineups (Marty Balin, Grace Slick, Johnny Barbata left, Mickey Thomas and Aynsley Dunbar joined, Grace came back, Paul left, etc., etc.) and name changes (Starship), this success continued well into the ‘80s (three No. 1 radio hits in ‘84, ‘85, and ‘86) before the last vestiges of the band called it a day and sputtered to a close in 1990.

At that point Craig was anxious to continue playing. He had always felt somewhat overlooked in the guitar realm and felt he had a lot of life left in his career. He put together a hard-rock outfit called Big Bad Wolf, complete with a good-looking rock singer, long hair, and power chords (imagine some variation of Warrant). They started showcasing for labels.

The problem was that it was 1991 and the rage was Seattle grunge music. Big hair was out, power chords were out, and ‘80s rock bands were out. Despite months of showcasing, and the push of respected management, record labels weren’t interested and Craig started to get discouraged. It was around this time that we talked. I had already been producing BMI showcases in Portland, Seattle, and San Francisco, and I knew firsthand how quickly music and audiences were changing. I asked Craig if he had anything else he was working on and he said he was playing around in his studio with some acoustic stuff. I asked him to send it to me.

When I received it, I was knocked out! He had always been a good songwriter for the two Starships, but his fantastic sense of melody now took center stage. His guitar playing, unfettered by the constraints of a rock band and enhanced by the clarity of the acoustic sound, soared. Wow! I had discovered a new age label called Higher Octave through my friend Rena Shulsky and immediately thought of them. They were just then losing their marquee act, Ottmar Liebert, whose contract was up, and I knew they would need a high-profile artist to keep their momentum going. New age was a brand-new music genre at the time, best known for hippie-world-soft-jazz music and a loyal audience. It was quickly becoming a more sophisticated medium and I thought Craig could get in on the ground floor and write his own ticket.

I called my friends at Higher Octave, Dan Selene and Matt Marshall, and then sent them a tape of Craig’s acoustic work. Craig had never intended to shop these as demos. He was just exploring some new musical paths and noodling around. But as I expected, the Higher Octave folks liked them.

Of course, I also did a strong sell on Craig to the label. Having worked with him for ten years, I knew his strengths beyond his guitar playing. A gifted raconteur, he was an excellent radio interviewee, had a great knack for developing a quick rapport with an audience, and understood the promotional aspects of the music business. Plus he was already a well-known entity in the rock radio world—no small feat.

Unfortunately, Higher Octave was still new to the mainstream music business and didn’t understand the value of Craig’s entertainment acumen in addition to his musical talents. And Craig still considered himself a rock guitar star. He had never seriously considered a career in this decidedly unrock new genre—he was just playing around. He had never heard of Higher Octave Records. The money certainly wasn’t in the rock star range. And let’s face it, Eddie Van Halen wasn’t making new age records.

I made Craig and keyboard partner Ozzie Ahlers come into my office. They sat on the couch and told me that their manager could get them a rock band deal with a big time record mogul, Irving Azoff, who once had been a major force in the music industry.

I told them that Azoff could give them a deal but the record wouldn’t sell or be promoted because he only had a “boutique label” with a major label, and the majors promote their own acts first. More time would go by while Craig got yanked around by the conglomerate, taking him further and further away from the public eye. I told them rock bands were dead and no one cared if he had been in Jefferson Starship (no offense to anyone). In fact, no one cared about Irving Azoff anymore either.

I pointed out that these guys at Higher Octave were hungry and wanted to score with their label. Craig would get all their attention. The entire focus of their company would be on selling his record. They were not married to prescribed marketing strategies and might think more outside the box. I also pointed out that this was a new medium he could grow along with as the audience grew. Did he really want to be playing in rock bands for another 20 years? He was still a young guy, having started as a high schooler, but none of us can be 20 forever.

This was a tough conversation for many reasons, not the least of which was my honesty about the business and Craig’s place in it, if he continued on the rock path. I didn’t have anything better to offer him except my faith in this new opportunity with Higher Octave. Faith. But no matter what I thought, this was Craig’s and his family’s livelihood. He was a known entity as a rock god. Why would anyone mess with that?

After much introspection, Craig did go on to sign with Higher Octave. He is now one of the preeminent smooth jazz artists in the country. He is a Grammy Award nominee, saw his album Acoustic Planet go to No. 1 on the Billboard New Age charts, and had smash No. 1 and No. 2 radio hits with “Luminosa” and “Cafe Carnival.” In 2003, his catalog surpassed one million units shipped. Craig has actually influenced the sound you hear today on smooth jazz radio, incorporating the best elements of rock guitar playing into this melodic format. When you go to see Craig live, he still does all the guitar god tricks (playing with his teeth, playing behind his head) you’ve come to know and love.

I admire him greatly for his realistic career evaluation post- Starship. Because he was open to new creative opportunities, and willing to work hard, he’s been able to redefine his success by creating new partnerships and attracting new audiences. His achievements should be inspiring to all of us who face these same career challenges.

Craig is unique. Not many musicians have had the success in even one career that he has had in two…and he’s still going strong! Fantastic!