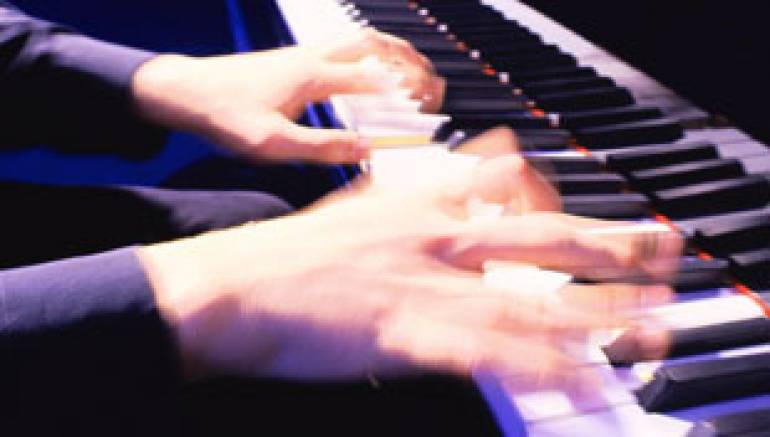 Though I once paid close to four G’s so my wife could own a brand new Korean-made upright, on most days I still use a cheap electronic keyboard when recording piano parts. And why not? They’re portable, quiet, easy to use, and, unlike my wife’s perpetually flat Young Chang, never need tuning. And with enough gizmos and processors, they can be made to sound like the real thing.

Except they’re not the real thing, and with all due respect to your Yahamas, Rolands and Kurzweils, sometimes you just can’t beat the tone and timbre of an old set of 88s. But unless you’ve got real experience recording real piano, you’ll find out real fast why they invented electronic keyboards in the first place. Drums notwithstanding, the piano is perhaps the toughest of all acoustic instruments to harness in the studio. Get too close and you’ll find yourself dealing with noisy hammers and other strange sounds; mike the instrument from a distance in the wrong room, and your track will be an indecipherable mass of echoes and overtones.

But with the right tools (and the right instrument), you can easily create a recording that has feel, dynamics and tone - just like a real piano should.

Mic Placement
Obviously, you’ll want to start with a well-tuned piano that’s free of any extraneous noises (such as pedal squeaks or other inner vibrations). While many engineers prefer the sound of ambient piano and mike up accordingly, for basic demos and the like, going direct is easier, faster, and eliminates the threat of flutter echo or any other inherent room issues. Two microphones, suspended from a pair of sturdy boom stands, will do the trick; for capturing all the transients, large-diaphragm condensers work best, but dynamic mics such as the Shure SM-57 or 58 or Electro-voice RE-20 may be used as well. Feel free to mix and match; if using a condenser with a dynamic mic, put the condenser at the bass end of the piano.

Open the lid and place the mics right inside (one at each end of the piano), anywhere from a few inches to a foot or more away from the hammers, pointed downward and slightly toward the back. Once the mic positions are set, cover the opening with a thick blanket (helps prevent outside noises from leaking in and also dampens the sound ever so slightly). Strap on a pair of closed-cup headphones and check the levels and sound quality. If you want a more percussive sound (suitable for pop/rock recording), aim the mics closer to the hammers; if you want a fuller, rounder tone, pull the mics up and pointed more toward the strings. Be sure to keep the mics at a uniform level inside the piano in order to avoid phase cancellation (loss of EQ caused by certain frequencies canceling each other out). You could also try suspending both mics in the middle of the piano, facing away from each other, which also helps alleviate phase cancellation. Feel free to experiment - use your ears and move the mics around gradually until you achieve a desirable tone (rather than attempting to correct bad sound with gobs of EQ later on).
Mixing and Effects
If you’ve done the job right, you won’t have much fussing to do once the part is complete. At mixdown, pan the two tracks evenly (around 3 o’clock and 9 o’clock), and, if necessary, re-balance the levels to achieve uniform volume.

Though it’s not always necessary, a touch of compression is okay and will help flatten out the dynamic range, particularly if the piano track has a lot of volume peaks; heavy limiting will give the piano a strident, uncompromising veneer, typical of classic-pop recordings (i.e., “Lady Madonna”). You could also use a bit of reverb, which will add back some room dynamics particularly when working up close or in a small, dry environment. Better yet, try sending the mix through a speaker situated in a reverberant space (such as an empty basement), with a boom mic placed several feet back and pointed upward, then mix the signal (through a separate track) ever so slightly into the original recording. Voila - concert-hall style piano without having to go to a concert hall.