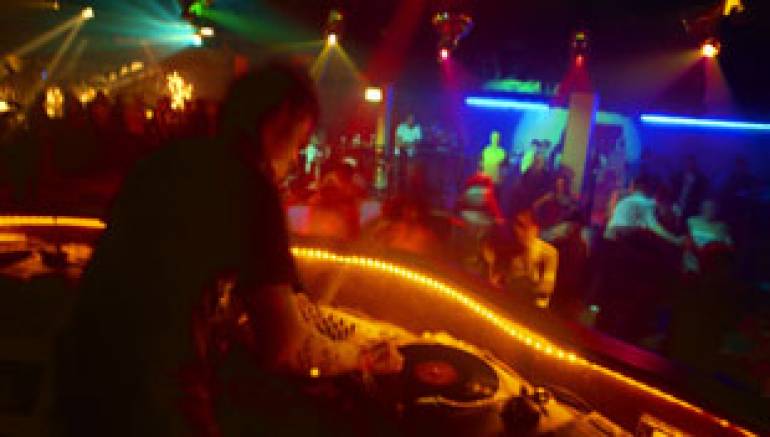 The world is a much different place than it was back when rap forerunners like the Sugarhill Gang and Grandmaster Flash assembled tracks by hand and featured live session players. Technology, of course, has change all that, and with the ever-expanding line of programs, plug-ins, rhythm loops, and other tools of the trade, cutting dance/r&b tracks in the home has never been easier - or more confusing.

“People are just spoiled now!” remarks Confucious, leader of Orlando-based remix outfit Rabbit in the Moon. “I’m sitting here with a Mac and a midi controller that has more power than anything I’ve ever used. The thing is, there will always be new tools and technology, you just have to keep up with it and learn to use it properly - but most of all, figure out how to make it sound unique.”

Dance Ware
Given the abundance of r&b-based software available, many home artists prefer the efficiency of a host-based set-up, one that utilizes programs like Cubase or Emagic. Most of the sounds you’ll need to lay the foundation for your tracks can be had via a high-speed Internet connection. Though the Web is crawling with hip-hop sounds and samples, for pure selection it’s tough to top ModernBeats.com, a leading supplier of downloadable production libraries for the likes of Steinberg HALion, Emagic EXS24, Native Instruments Kontakt and Battery, all compatible with MOTU MachFive, Native Instruments Reaktor, Acid Pro, Fruity Loops, Magix, Cubase SX and VST and others. Recent offerings include the definitively retro “Vinyl Scratchez 2 - Vox & Wax Trix,” which compiles some 1,400 scratch samples, the ideal companion for the old-school producer.

Confucious prefers programs from Native Instruments, including Kontakt, Reaktor and FM7. “For recording, we use Cubase, as well as Digidesign’s Digi002 system, which has many of the plug-ins that we love.”

Drums, Digital and DIY
For laying down the groove, you could spring for rhythm programs like Fruityloops, the mega-popular groove generator that’s packed with an assortment of hip-hop, electro- and techno-based beats. For slicker styles, there’s Discrete Drums: R&B Drums and Percussion, a collection of “laid-back and funky” samples handpicked by various pro audio engineers. From the freeware bin comes HammerHead, which cobbles together a selection of techno, house rap and industrial beats with a decidedly old-school edge.

Of course, there’s nothing wrong with doing it yourself. Pro hip-hoppers like Wu Tang Clan frequently recorded live drums to 2” tape, then cut the tracks into sections in order to create an organic rhythm loop library. Or try using a programmed loop as a click, then add live drums over the top - makes a great rhythm combo.

The Vocal Element
Trendsetters like R. Kelly and Alicia Keys helped raise the bar on r&b vocalizing, and for up-and-comers, perfection is the name of the game. Therefore, when selecting a microphone for vocal tracks, consider a quality large-diaphragm condenser such as the AKG C414 or Neumann TLM103, as well as tube-driven models like RODE’s NTK or K2, which are ideal for capturing those intimate low tones.

Digital fix-its like Auto-Tune and Pitch-n-Time will help get you there, but according to production wizards Jimmy Jam and Terry Lewis, there isn’t a product on the market that can add passion.

“What I usually tell people when they’re singing is, ‘Don’t worry about the notes - I can fix them,” says Jimmy Jam. “But there’s no way I can fix a vocal without passion! So when I’m recording, what I’m looking for is a performance - so I’ll typically have the singer give me maybe 10 or 12 tracks to work with, let them go home, and then I’ll start working it out from there.”

While working out a new song, Jam, who’s had a hand in a majority of the hits he and Lewis have cut on Janet Jackson, Usher, Mariah Carey and many others, employs a tried-and-true work arrangement. “When we’re writing with an artist, we keep it very simple, just keyboard, bass and drum machine. And while we’re laying down this framework for the song we always record the artist on a mic with some baffling. The idea is that we get to keep the vocal track - or, more accurately, parts of it - as it’s happening. Because during that process of creation there will always be some spontaneous vocal licks or ad-libs - and if you aren’t set up to capture it, you’re never going to get it again. When you come right down to it, that’s what gives any record its energy - the kind of thing that occurs naturally during a live recording. You just have to be ready for it and know how to properly bottle it.”

Treating the Track
Once you’re finished, drive the point home by giving the final mix a good shot of EQ. Bottom boosting helps, for sure, but even more important is a healthy dollop of midrange. Don’t be afraid to use the compressor either, which will help get the kick drum “pumping.” For a real impressive-sounding master, cook the finished product on wide-format tape (1/2” or more), driving the needles well into the red (+3dB) for some old-school saturation.

Let’s not forget the importance of sequencing your new songs on a CD. John Harris, the “Demo Doctor” for Sound On Sound magazine, observes, “The work of the artist recording at home doesn’t stop with mixing and mastering. After post-production tweaking, there’s also the running order of the tracks on the CD to consider. Some impact is lost when you put too many tracks with similar instrumentation together, or if the tempo and key of adjacent tracks are the same. You’ll obviously want to include your best compositions and it’s always worth testing the water by playing a selection of tracks to a few people first and gauging the response. Your best live track may often turn out to be a bit lifeless in the studio, just as a song you never really had much hope for can turn out to be a little gem.”