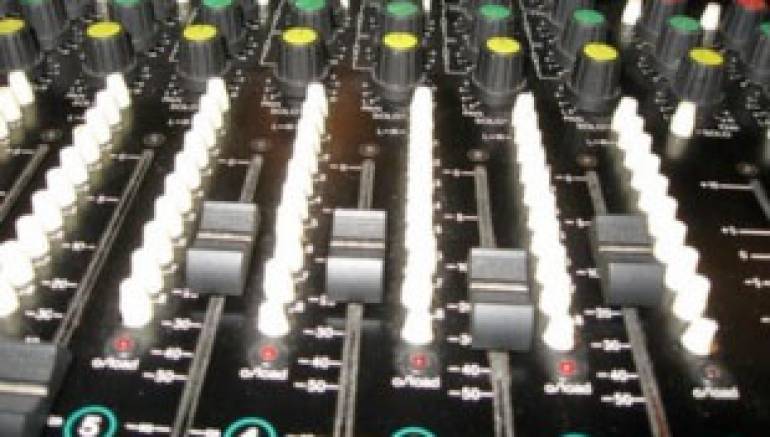 We all tend to hear music differently - and the process of adjusting the tonality of the music to suit our individual taste is known as equalization, or EQ. Using an equalizer, we can manipulate the dynamics of the audio we are listening to (which is why an equalizer is also referred to as a “dynamic processor”). Equalizers control three different functions: frequency, gain, as well as the “Q,” otherwise known as the EQ “curve.” An equalizer’s “high pass filter” puts greater emphasis on higher frequencies, whereas its “low pass filter” allows mainly bass frequencies to pass through. Equalizers that can “sweep” allow the user to simultaneously adjust the frequency of multiple sections.

Studio engineers use equalization to emphasize or reduce the frequency of a particular instrument or group of instruments, often as a way of adding definition or “punch” to a recorded performance. At home (or in the car), we often alter the EQ based on the type of music we’re listening to - boosting the bass for hard rock or r&b, or maybe adding some top to bring out the detail in a vocal or instrumental performance. When making home demos, however, the trick is use EQ judiciously - and sparingly.

EQ the Room
You may have noticed that on a digital player, all the frequencies are set in the center, zero or “flat” positions when in the default or “normal” audio preset. The idea is that the music has already been professionally equalized by the recording engineers-and by leaving the EQ alone, you’re hearing it the way it was originally intended. The same rule applies when previewing your own mixes at home-under optimal listening conditions, “flat” is normally where you want to be.

In many instances, however, the listening environment is less than perfect. In smaller rooms with walls of equal length, for instance, bass tones may seem more pronounced or even muddy from your listening position. Naturally, your first inclination would be to decrease the bass when making your mix. But what happens when you later play your mix in a room that doesn’t have low-end issues? You guessed it-no bass! Hence, EQ rule #1: never fall victim to “phantom” overtones due to a lousy listening area. Instead, fix the problem by making the appropriate physical adjustments, such as keeping the speakers close enough to your mixing position as possible (roughly three feet from your ears) in order to maximize the direct sound from the speakers and eliminate room abnormalities, or perhaps adding some acoustical foam or other absorbent material to the wall directly behind your speakers.

Another important rule of thumb is to keep the sound as “pure” as possible. Though standard audio equipment will work for recording purposes, any amplifier that has built-in EQ controls can easily “color” the mix. If you must use such gear, always keep the EQ settings in the flat position. Your best choice, however, are nearfield monitors equipped with their own amplifiers (known as “active” monitors), which, besides being specifically designed for recording applications, provide a much more accurate representation of the mix (you may also use passive or non-powered monitors driven by a basic power amp with no EQ function).

EQ for Recording
Of course, there are some instances when a little EQ tinkering may be helpful. For example, proper equalization can keep certain instruments with similar frequencies from “intruding” on one another. Let’s say you’ve recorded an acoustic guitar part with electric bass accompaniment. If the tone control on the bass or bass amplifier is set too low, or if there is not enough treble added, the bass may blend excessively with the guitar, making it more difficult to hear (particularly if the guitar itself is bottom-heavy). However, by removing some of the low end from the bass track while at the same time adding a little top (and perhaps making similar adjustments to the guitar track), you can improve the “articulation” of the bass, and the two parts will work together much better.

You can improve the sound of other instruments by dialing in the right EQ settings- filtering out the mids while adjusting the low end and top, for instance, helps give a kick drum extra meat and clarity. You can also use EQ as an effect: Rolling off the bass and treble while radically cranking the mids makes for an unusually hard-edged piano sound (particularly when combined with a little compression).

Another way to equalize doesn’t even involve turning any knobs. Certain microphones have different recording characteristics, and by mixing and matching you can often achieve the right sound right from the start, rather than adding gobs of EQ later. A bright dynamic mic (such as a Shure SM57), when combined with a large-diaphragm condenser mic, works wonders on acoustic guitar-simply move the faders of each mic channel up and down to shape the tone to your specific taste. Or use a dynamic mic together with a low-frequency mic (such as an AKG D112 or Electro-Voice N/D868) in front of an amp cabinet for meatier electric-guitar tracks.

Are all EQs equal? Not really. While the sound-sculpting capabilities of a basic computer recording program or digital audio workstation are adequate, standalone equalizers made by the likes of DBX, PreSonus or ART will give you many more options. Others swear by the EQs found in older mixers made by British manufacturers such as Studiomaster, Allen & Heath, and Soundcraft (the Brits wrote the book on EQ, a tradition launched by Rupert Neve and his masterfully constructed consoles of the ‘70s and beyond). If you can find one of these at a decent price, you won’t be sorry.