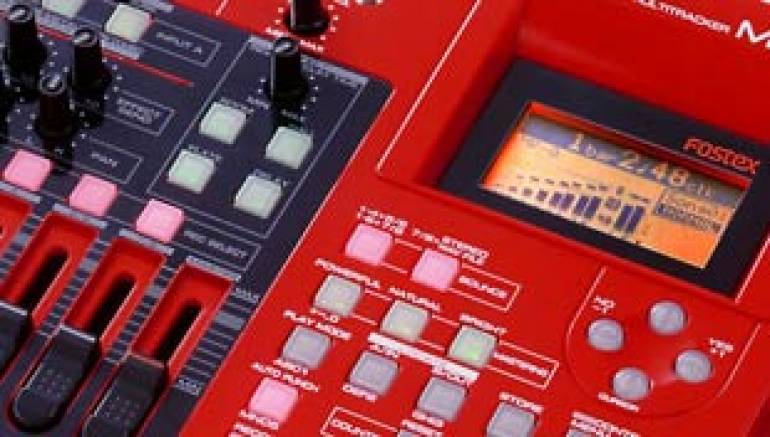 The availability of sophisticated home-studio gear has made it possible for songwriters to approach their craft without the hassle of booking studio time or even rounding up a group of players. But going at it alone can have its drawbacks - especially when that bolt-from-the-blue song idea mysteriously arrives, and there you are in your studio surrounded by a bunch of tangled wires, a vocal mic with a bad cable and a multitracker with zero disc space. By the time you track down an available XLR cord and delete enough data to squeeze in your new song idea, you’ll be lucky if you still have a song idea at all.

As a (lousy) songwriter, I’m always interested in machinery and methods that let you get rolling before the song bubble bursts. Remember, creativity and spontaneity go hand-in-hand - and the faster you can hit “record,” the better your chances of holding on to those moments of musical brilliance. Here’s how.

Porta-Power
If you’re a songwriter of simple means who just wants to be able to preserve spur-of-the-moment ideas in multi-track form, it’s not even necessary to have a dedicated room or state-of-the-art gear; you could conceivably get away with the most basic digital-audio workstation on the market. What entry-level machines lack in sophistication, they more than make up for in convenience.

Let’s say you’re sitting on a lakeside dock with your Martin in hand, when suddenly along comes a nice new chord progression. Sure, you could keep one of those micro-cassette jobs on hand for such an occasion - if you don’t mind hearing everything back as one unintelligible mass of distortion. Wouldn’t you rather preserve the idea in digital, with the ability to instantly tack on a second instrument or add a vocal harmony while your subconscious is still cooking?

Your answer: the all-in-one, battery-powered DAW. Contenders include the Fostex MR-8, a bantam-weight eight-track system with standard mic inputs, basic processing and a 128MB flash card for storage; the ultra-portable ToneWorks Pandora PXR4, a palm-sized, battery-powered four-track with effects (which also writes to a removable media card); as well as Tascam’s micro-sized Pocketstudio 5, which lets you offload song ideas to a laptop hard drive. All have one thing in common: wires aren’t required. Instead of running up to the house for an SM-57 (and a cable that works), a built-in mic does the job for you - just punch up “record,” and off you go.

With just two simultaneous recording tracks and only a few minutes of record time at standard audio mode, portable DAWs are much less desirable for general-purpose or multi-input applications. However, at around $300, even experienced users will find these machines useful for capturing on-the-spot songwriting ideas without all the mucky-muck. (And because you’re working in the digital domain, lack of tracks isn’t necessarily a problem. Unlike tape, you can bounce to your heart’s content without incurring sound loss.)

Patch It Up
If you have a designated space in the home for making music, great, but do you have to spend an hour plugging everything in before you get going? One good way to cut down on prep time is to permanently install any mic or instrument cable that you use on a regular basis. A patch-bay system for direct-connect devices (such as keyboard, guitar, CD burner, etc.) is helpful; if you have a good-sized mixing console, you could conceivably use several channels as dedicated inputs (clearly labeling each with permanent marker). To keep all connections organized (and your studio space clutter-free), bundle the cables together with twist ties, then carefully snake them together into the console.

What good is a work-in-progress if you can’t find it a week later? Keep all your unfinished business organized by setting mark points on your recorder, which will automatically bring you to the beginning of your new tune each time you power up (while you’re at it, give your work a temp title - Newsong1, Acoustictrk2, etc. - so you can distinguish one song fragment from the next).

If your demo takes up at least four recording tracks, jot down what/when/where on a track-log sheet to avoid fumbling with the faders the next time out. Finally, making a CD copy lets you store the song to a PC (in case you really can’t find it a week later), and gives you the opportunity to work on the tune while driving to and from your day job.