Eleven young classical composers ranging in age from 15 to 25 have been named winners in the 55th Annual BMI Student Composer Awards. BMI President and CEO Del R. Bryant announced the decisions of the jury and presented the awards at a reception held May 21 at the Jumeirah Essex House Hotel in New York City. Milton Babbitt, chairman of the awards, and Ralph N. Jackson, President of the BMI Foundation, Inc. and director of the awards, joined in the presentations. 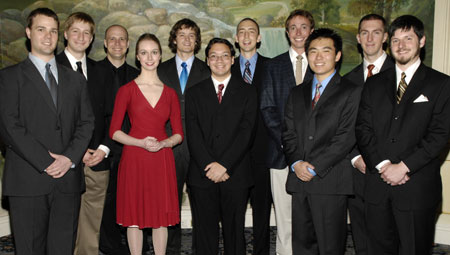 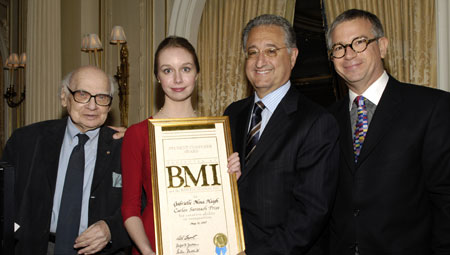 The BMI Student Composer Awards recognize superior creative talent and winners receive scholarship grants to be applied toward their musical education. In 2007, more than 400 manuscripts were submitted to the competition from throughout the Western Hemisphere, and all works were judged under pseudonyms. Cash awards totaled $20,000. Clint Needham was the named the winner of the William Schuman Prize, which is awarded to the score judged “most outstanding” in the competition. This special prize is given each year in memory of the late William Schuman, who served for 40 years as chairman, then chairman emeritus, of the BMI Student Composer Awards. Additionally, the Carlos Surinach Prize, awarded to the youngest winner in the competition, went to Gabrielle Nina Haigh. 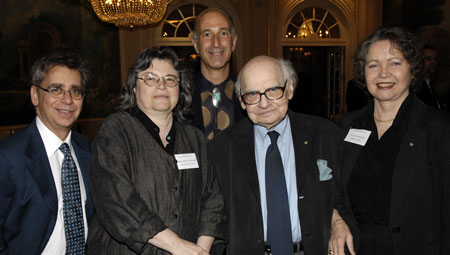 BMI has given 514 scholarship grants to young composers over the years, and many of today’s most prominent and active classical composers received their first recognition from the BMI Student Composer Awards. Eleven former winners have gone on to win the coveted Pulitzer Prize in Music. The BMI Student Composer Awards competition is co-sponsored by BMI and the BMI Foundation, Inc.