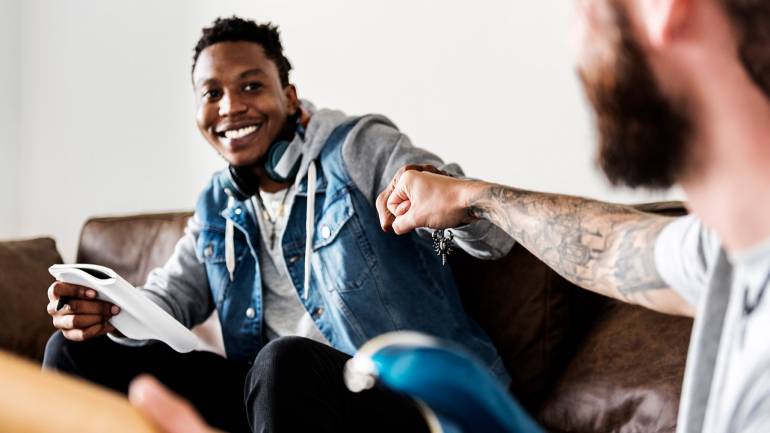 Early on in my songwriting journey, my father used to ask me, “What’s the chance of your songs becoming a hit? A million to one?”

I explained that while it’s true that not everyone who dreams of topping the charts will achieve his or her goal, songwriting success is not like hitting the lottery. Songs don’t become hits based on a random drawing.

All songs—and songwriters—are not created equal. There are reasons why some songs and writers become successful—and others fail to do so. Let’s take a look at some of the steps you can take to maximize your chances for songwriting success.

Write Songs That Jump Out of the Pile

It is important to write songs that are perfectly crafted, songs that use rhymes and familiar structures in ways listeners have come to expect. But to make an impact and break through, we need to include elements that separate our songs from the competition. These can include lyric concepts and angles that are fresh ways to approach topics with wide appeal; melodies and rhythms that are instantly memorable; instruments and sounds that push the creative envelope; lines of lyric that are unique; maybe an unpredictable chord; or an unexpected “wow” note.

We have to provide decision-makers with reasons to choose our songs over those written by the current hit-makers—and those written (or co-written) by artists. Revisit your songs with a critical ear after you have a finished draft. Ask yourself whether you have written a “good” song—or an exceptional one that will compel a publisher, recording artist, music producer, or A & R executive to select yours over everyone else’s. It can help to get professional input, then rewrite your songs until they are as strong as possible.

I once heard a top publisher advise his writers that if they wanted the best shot at success, they should deliver “up-tempo songs with meat”—meaning songs with depth, songs that delivered a powerful message. My publisher of twelve years urged me over and over to write more up-tempo songs—and I wish I had listened. This is not to say that slow and sad songs can’t break through. Several of my most successful songs were slow, and I am grateful I wrote them. But slow songs, sometimes referred to as ballads, tend to comprise a small percentage of songs on an artist’s album—and tend to be written (or co-written) by the artist. Write the songs your heart needs to write, but be aware that it is easier to get “lucky” with mid- and up-tempo songs.

It is no coincidence that the overwhelming majority of successful songs are the result of collaboration. By co-writing, you not only benefit from additional creative input, you increase the number of people promoting and pitching your material. You also gain access to publishers, music business executives, vocalists, musicians, studios, producers, and others who might play crucial roles in your career.

Few music industry pros can imagine how a song might sound if it were produced at a different tempo; in a different style; and with musicians and vocalists who can really “sell” the song. We probably have a minute or less to convince our listener that he or she has found a hit. When your song is as strong as it can be, showcase it with a recording that shows it to its best advantage.

I have taught thousands of songwriters, and I have yet to find anyone who writes songs because they love seeking out publishers, scheduling meetings, pitching their songs, monitoring royalty statements, and dealing with the countless additional non-creative aspects that comprise the business of songwriting. But these actions are mandatory for songwriting success.

Join songwriter organizations and attend conferences, camps, festivals, pitch sessions, and workshops where you can receive feedback on your work and network with writers and music business professionals. In many cases, these are the actions that lead to songwriters attaining their goals.

Success in the music business—as in so many other endeavors—is typically the result of a cocktail of exceptional work, good timing, and good luck. There are no guarantees, but six students who have attended my workshops have had #1 singles. I’ve lost count of how many have signed publishing deals, had their songs recorded, and won top honors in competitions.

Watching their journeys, and those of other successful writers and recording artists, this is what I observe: when undeniable songs that are suited for the current market, are paired with a strong work ethic, persistence, a positive attitude, and a willingness to take care of business, it’s amazing how “lucky” we can get.