Posted in MusicWorld on June 13, 2005 by Malcolm Venable 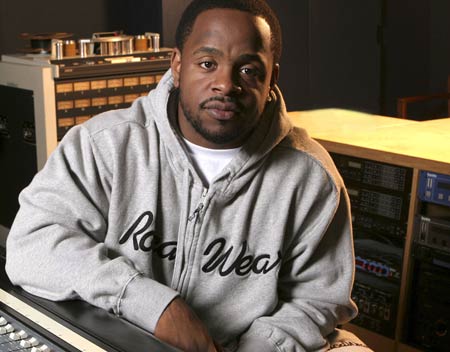 Six years ago, Harold Lilly Jr. was working at a warehouse near the airport in Richmond, Virginia. Harold, now 27, would pass time by making up songs. He would sing about his steel-toe boots. He’d sing about his work goggles. He’d sing about mandatory overtime on Saturdays. Then, the young man decided that he would stop fighting destiny and get serious. Though he’d played keyboard and piano since age 12, Lilly says he suddenly “really decided that I needed to go hard with music,” he said. “It was one of those now or never moments.”

One of his demos, a duet with Missy Elliott protégée Nicole Wray, ended up in the hands of Big Jon Platt at EMI. On the strength of that one song, Lilly became the subject of intense interest from the executive. With only a short stint at a community college under his belt, the former assembly worker abruptly found himself at the helm of a lucrative recording career.

“I’ve been blessed,” says the songwriter and producer, who won his first Grammy this year for co-writing the Alicia Keys hit, “You Don’t Know My Name.”

Though he’s consistently created hits for some of music’s hottest names, including Luther Vandross (“Take You Out”), Angie Stone (“Brother”), Brandy (“Talk About Our Love”), and Fantasia ("Baby Mama"), Lilly’s sound doesn’t stay the same; it varies from track to track, ensuring the young talent will only continue to hone his skills and grow as an artist. His "Just Gotta Make It," recorded by Trey Songz, is currently climbing the charts.

“I care about the craft,” says the decidedly low-key musician. “Everybody doesn’t go to the club, everybody is not about blinging. People want to hear music they can relate to. That’s where I come in and carve out a niche for myself.”