Posted in MusicWorld on January 6, 2004 by Ellen Ratner 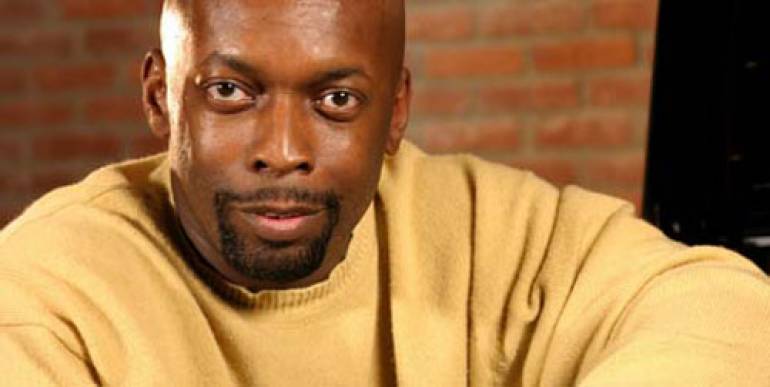 What do the hit television shows "The King of Queens," "The Parkers," "Moesha," "Girlfriends" and "Soul Food" have in common?

This talented Los Angeles-based composer/songwriter has quickly become a staple in the world of television music. A Chicago native, he composed his first symphonic work at age 12, going on to study at Berklee College of Music in Boston, Eastern Illinois University and at the Paris and Versailles Conservatories in France.

Having worked in the TV music world for over 14 seasons, he got his start scoring the themes and underscores for such shows as "Sinbad," "Thea," "Sister Sister" and "South Central." Known for his ability to work in the world of sitcoms as well as dramas, his scores for urban shows have been an added feather in his cap.

"My method of work is less technical than soulful; I write from my soul and from the heart of the characters on screen," he explains. "These days I'm very attracted to simplicity and color, silence and overtones. I'm constantly telling the music to just breathe."

A three-time recipient of a BMI Television Music Award for his music on "The King of Queens," his busy fall lineup included the 100th episode of "The Parkers," aired in November.

"It's great to be on a show from the beginning," says Farquhar. "To see the characters develop and to create the music that grows with them over the years is rewarding. This season what's exciting to me is that there will be a soundtrack CD that will be released that I'm an executive producer for and also have some of my songs on. It will include cast members Countess Vaughn James and Jenna Von Oy singing. I'm still blown away on how good those two ladies sound. The whole 100th episode is going to sort of revolve around the music of this soundtrack."

New projects for Farquhar include the television shows "Dance 360," "Hip Hop Harry," and "All of Us," the much anticipated comedy produced by powerhouse couple Will Smith & Jada Pinckett Smith.

On a sad note for Kurt, 2003 is the series finale of "Soul Food," Showtime's most successful, original dramatic series. He continues to delve into the pop music world in addition to scoring, having produced and composed music for Natalie Cole, Brandy, The Pointer Sisters, Brenda, Lionel Richie and Destiny's Child.

Farquhar just completed the score for the upcoming feature film Beauty Shop, directed by Leslie Collins and starring Monique. "I feel blessed that not a lot of composers get to advance from TV to features. I'm excited -- you get to express so much more on the big screen."