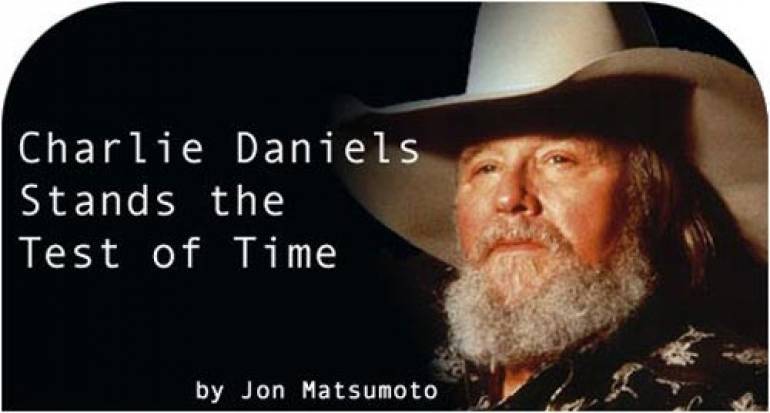 "When it gets right down to the nitty gritty, I've just tried to be who I am," Charlie Daniels once said. "I've never followed trends or fads. I couldn't even if I tried. I can't be them; I can't be anybody but me."

Staunchly following his muse resulted in numerous hit albums and singles for Daniels in the 1970s and '80s. He will probably always be best known for his 1979 country-rock anthem, "The Devil Went Down to Georgia."

But more than anything, Daniels's independent spirit has garnered him the type of long and steady career that's rarely achieved in the record industry. The almost-64-year-old North Carolina native has toiled in the business for over 40 years, and during this span, he's released 35 albums.

Earlier this year, his Charlie Daniels Band released its latest album, Road Dogs, on the Blue Hat label. Not surprisingly, the disc finds the outfit delivering its patented mix of rock, country, bluegrass, blues and gospel. It's a musical stew Daniels simply describes as "CDB," or Charlie Daniels Band, music. Its penchant for long songs and extended instrumental solos led one critic to brand the group "a countrified Grateful Dead."

Daniels main objective as a performer is to entertain people. But he's also a committed Christian and activist with plenty of strong social and political opinions.

Since 1974, Daniels has spearheaded the Volunteer Jam, fund raising concerts benefiting such organizations as Habitat for Humanity. In the past, such singers and groups as Billy Ray Cyrus, Tanya Tucker, Amy Grant, the Outlaws, The Nitty Gritty Dirt Band, Alabama, the Allman Brothers, Steppenwolf and Willie Nelson have performed at the Volunteer Jams. For the last two years, the Volunteer Jam has been the Volunteer Jam Tour. This year's tour featured Little Feat, Hank Williams Jr., Edgar Winter and a host of surprise guests.

Daniels's fans can find out how the vocalist-guitarist-fiddler views the world by logging onto his website, www.charliedaniels.com. Here he writes a regular column in which he expresses his largely conservative opinions on such issues as abortion (he's against it) and the confederate flag (he's distanced himself from it because it's been appropriated by racists). Fittingly, he has a standing invitation to appear on ABC's topical gabfest, Politically Incorrect.

In 1964, Daniels sold his first song, "It Hurts Me," to Elvis Presley. The track was a B side to Presley's single "Kissin' Cousins." Daniels received a check for $5 for the song. In the late '60s and early '70s, Daniels performed on four albums by Bob Dylan, including the influential country album Nashville Skyline.

In 1973, the newly formed Charlie Daniels Band began to attract attention thanks to the song "Uneasy Rider." Daniels subsequently scored hit albums with 1975's Fire on the Mountain and Saddle Tramp in 1976. Thanks to the Grammy-winning song "The Devil Went Down to Georgia," his 1979 Million Mile Reflections album went multi-platinum. 1980's Full Moon, 1982's Windows and 1989's Simple Man were also popular albums.

"If you want to make a serious career, you have to take care of yourself," says Daniels. "You can't maintain that singing in the clubs and staying up all night. . . . I did my share when I was younger, but longevity is very important to me."