NARAS recently announced that the first annual Latin Grammy Awards will be held September 15 in Los Angeles. Although the venue has yet to be determined, the program will be a live primetime telecast on CBS. BMI songwriters Gloria & Emilio Estefan, Robi Draco Rosa, Juan Luis Guerra, Johnny Polanco, Cristina Abaroa and Abel De Luna were at the press conference to support the awards, along with BMI's Associate Director of Latin Music, Delia Orjuela. 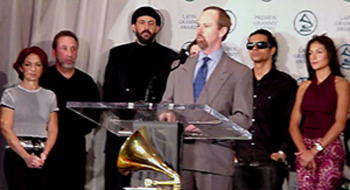 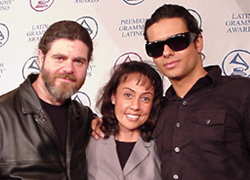