Three decades after pioneering the first sponsored showcase at SXSW, BMI continues to maintain a strong presence at the conference, offering a wide array of opportunities for BMI songwriters to gain high profile exposure on stages and panels alike. BMI’s 2016’s lineup of events fulfills that promise, boasting a diverse selection of music creators at exciting happenings like BMI and SAG-AFTRA’s presentation of Iggy Pop and Josh Homme at ACL Live at the Moody Theatre, the Acoustic Latin Sounds showcase at Departure Lounge and the Rock Showcase at Trinity Hall at Old School, with our SXSW Mentoring panel and “Content, Copyright and Commerce” panel providing forums to gain valuable insights on the craft and business sides of songwriting. You’ll be able to experience the full 2016 SXSW edition right here, but first, take a look back at some of today’s hitmakers BMI featured at SXSW in years past. 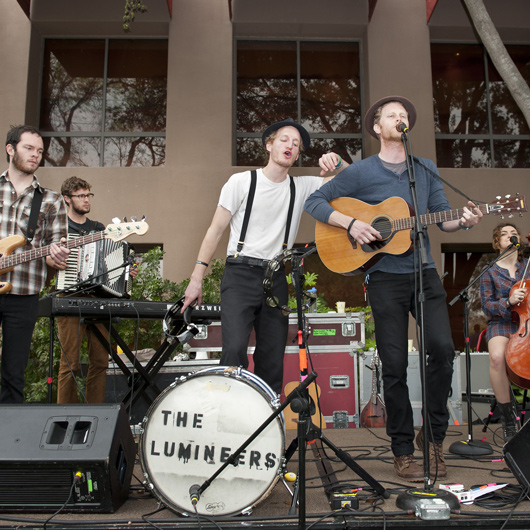 SXSW 2012: The Lumineers bring their unique blend of Folk and Americana to BMI’s Acoustic Brunch. The GRAMMY-nominated group’s eponymous debut earned a Platinum certification and was one of Spotify’s most played albums in 2012. 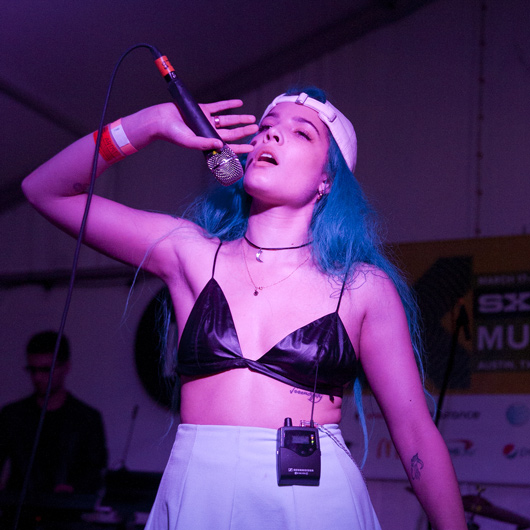 SXSW 2015: Halsey performs at BMI’s SXSW showcase at Bar 96. Since her star-making turn at SXSW, her first full album, Badlands, debuted at #2 on the Billboard 200. She guested on “The Feeling” on Justin Bieber’s latest album, Purpose, and sold out an impending date for August 2016 at New York City’s iconic Madison Square Garden in under three weeks. 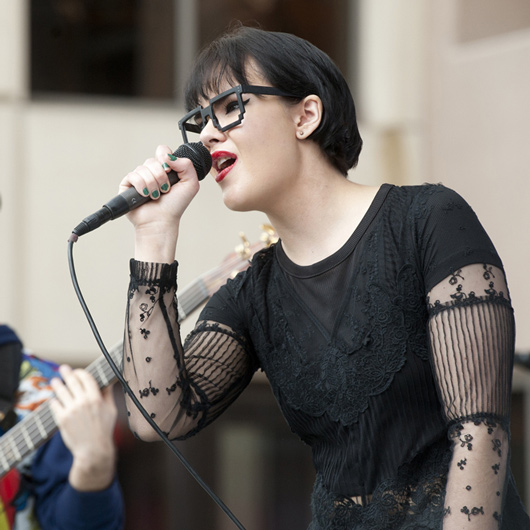 SXSW 2015: Clairity performs at BMI and AT&T U-verse’s Acoustic Brunch held during SXSW at the Four Seasons on March 20, 2015, in Austin, TX. Four months later, she released her debut EP, Alienation. In 2016, Clairity’s contributions to the DJ Steve James’ “Renaissance” propelled that single to hit #1 on Hype Machine and amass over 4 million plays on Spotify, reaching #1 on both Spotify Global Viral 50 and the US Viral 50. Also this year, Clairity’s singles “DNA” and “Exorcism” landed prominent placement in CW’s The 100 and MTV’s Teen Wolf, respectively, and her cover of Coldplay’s “Don’t Panic” was featured in a commercial for the forthcoming X-Men film that aired during this year’s Super Bowl. She’s currently working on her debut full-length album. 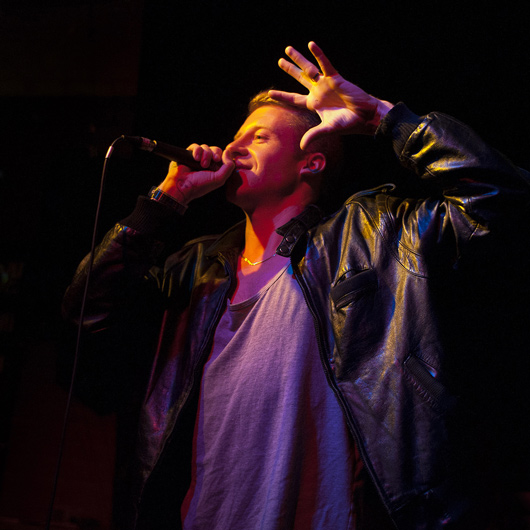 SXSW 2011: Macklemore and Ryan Lewis perform a short yet lively set during BMI’s St. Patrick’s Day showcase at the Ghost Room in Austin. The duo skyrocketed to fame in 2013 with their No. 1 hit “Thrift Shop” and took home four GRAMMY Awards in 2014, including Best New Artist and Best Rap Album. 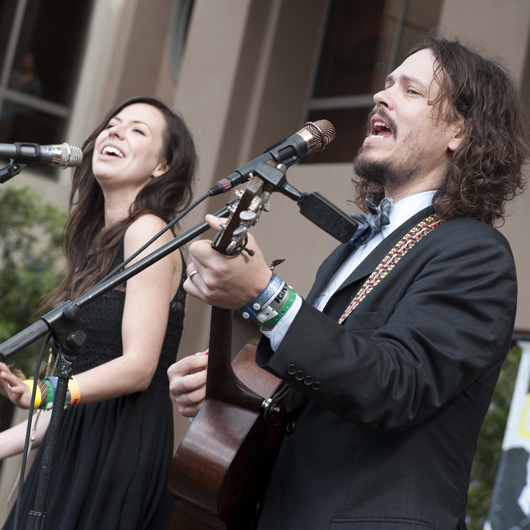 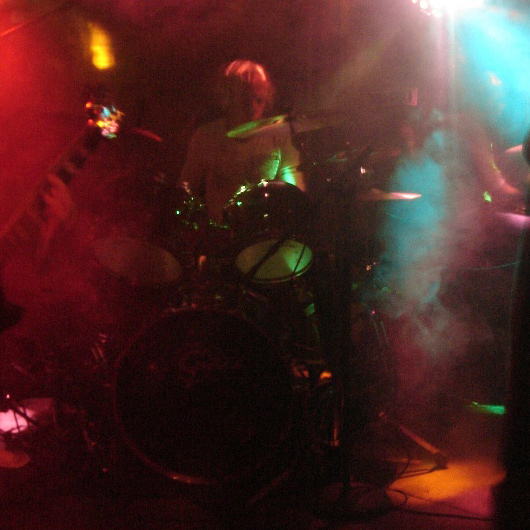 SXSW 2007: Bowling Green’s Cage the Elephant rocks Club de Ville during a BMI SXSW showcase. With 2011’s Thank You, Happy Birthday, the group earned the No. 2 spot on the Billboard 200 chart and has sold-out headlining tours across the world. SXSW 2014: Betty Who performs at the BMI / Billboard Acoustic Brunch presented by Suntrust Bank during SXSW at the Four Seasons on March 14, 2014, in Austin, TX. A month later, Who released her sophomore EP, Slow Dancing, which made it to #1 on the iTunes pop music charts. “Heartbreak Dream” from that EP was placed in the 2015 film, Pitch Perfect 2. She released her full-length debut, Take Me When you Go, the following August. That album’s first single, “All of You,” became #1 on the US Dance chart. This past September, Who performed for President Barack Obama as she headlined the Democratic National Committee’s LGBT Gala in New York City. 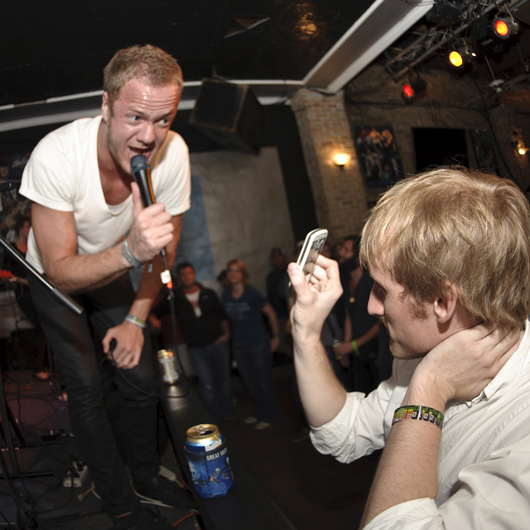 SXSW 2010: A little-known Las Vegas band Imagine Dragons performs at Austin’s Maggie Mae’s on a BMI showcase. Imagine Dragons blew up in 2013 with their smash hit “Radioactive,” and not only won the GRAMMY Award for Best Rock Performance, but delivered one of the 2014 GRAMMY Awards’ most-talked about performances. 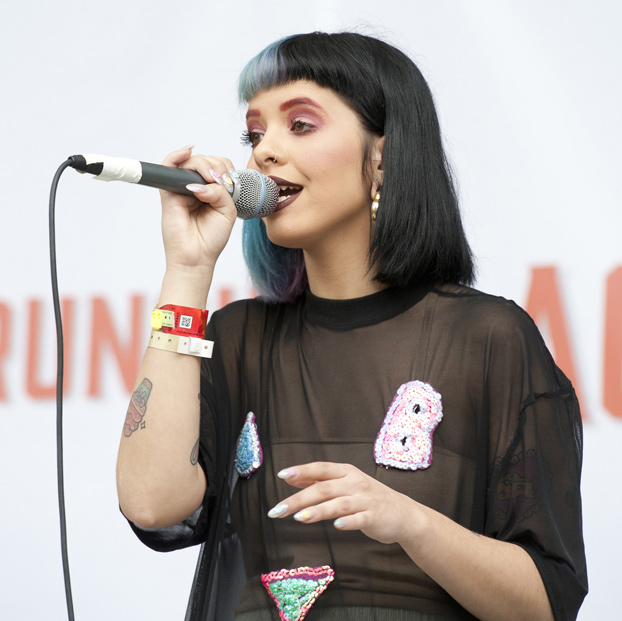 SXSW 2015: Melanie Martinez performs at BMI and AT&T’s U-verse’s annual Acoustic Brunch during SXSW at the Four Seasons. Since then, her debut album, Cry Baby, reached #1 on Billboard’s Top Modern Rock/Alternative Albums chart and #3 on the Top Digital Albums chart. 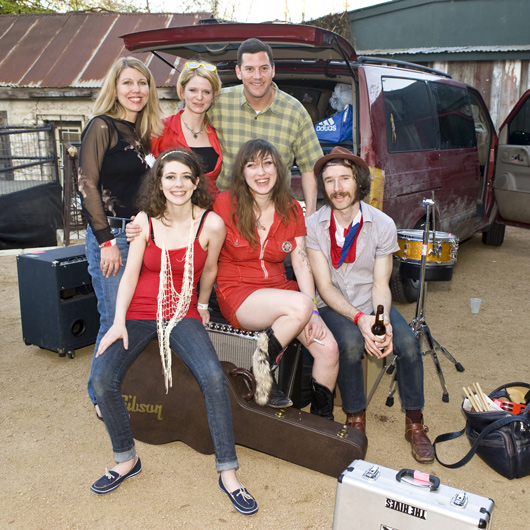 Which of the 2016 performances from BMI writers will everyone be talking about years from now? Up from the Underground: BMI’s Indie Rock Showcase Highlights New Sounds at SXSW 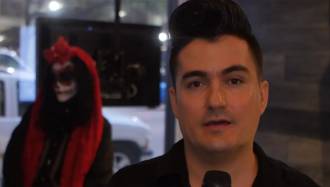 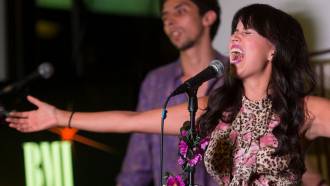 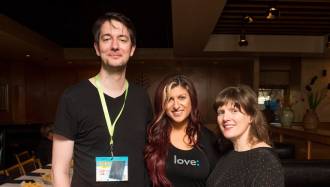 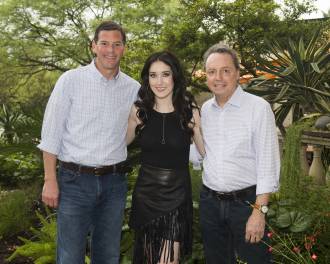 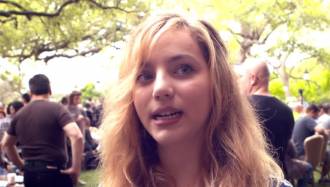 Pop and Queens of the Stone Age frontman Josh Homme are collaborating on a new album, titled Post Pop Depression, due out via Loma Vista during SXSW Music on March 18. This will be one of the first shows that Iggy Pop and the Josh Homme-assembled band will play together, followed by a US and European tour. The group will also be performing classics spanning Iggy’s legendary solo career. 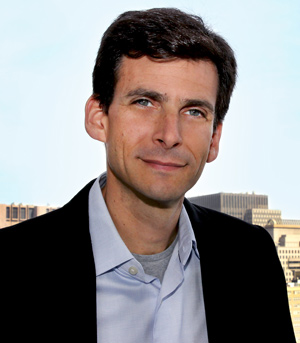 This has been quite a year for the music business and music copyright! Between the U.S. Copyright Office's report recommending changes to federal music copyright laws, ground-breaking decisions in BMI's rate court, DOJ reviews of regulatory frameworks, an ongoing debate about transparency and money flows in music licensing and emerging digital business models such as streaming, there is certainly no shortage of updates when it comes to current digital music business issues.

With a sound that conjures the synthetic sheen of a vintage `80s aesthetic, one might expect Brooklyn’s Secret Weapons to come stumbling out of a neon-tinted background of dry ice and dazzling vector graphics, dodging laser beams while sporting angular haircuts. But this duo is no kitschy throwback (especially given that members, Gerry Lange and Dan E., are barely into their 20’s). While their songs like “Perfect World” and “Something New” crackle with cool synthesizers, funky guitars, soaring high-piped harmonies and shiny, chrome-plated pop hooks, Secret Weapons’ modern sensibility and urban swagger imbue their retro-philic sound with a forward-looking flavor. The band recently reached 2 million on Spotify with “Something New,” and are currently readying their full-length debut album for release.

Cultivating a slowly-building buzz since first forming in Cleveland in 2013, Welshly Arms is a quartet of Midwesterners who practice a burly brand of rock ‘n’ roll informed by classic R&B. Having accrued a reputation as a formidable live act, Welshly Arms boasts a sound that alternates between blisteringly bluesy and soulfully swooning, with a refreshingly unfussy sensibility. After a couple of rapturously received EPs, the band released its eponymous debut album in May of 2015, brewing with thick, chunky guitars, rousing choruses and the band’s back-to-basics blues-rock. Their music has been placed in television shows like The Originals, The Vampire Diaries and Sense8, as well as trailers for major motion pictures like The D Train and Quentin Tarrantino’s The Hateful Eight.

Behind their bushy beards and bashful posture, NYC duo the Blancos’ deliver songs that offer a rich palette of contrasting sounds, simultaneously lush and gritty. Having honed their chops for over a decade before debuting their music, the enigmatic duo (who have yet to disclose their names) practice a repertoire that pairs a swaggering urban edge with a dreamily Spartan accompaniment, all punctuated by Blanco 1’s soulful vocals. Reminiscent of Portishead’s fusion of troubled torch songs and hip-hop beats, the Blancos similarly fuse disparate musical elements into their mix, but cap it off with a contemporary Brooklyn sensibility that’s both organically hip and haunting. After a clutch of critically received teasers like “She Calls It Love” and “Lemon Garden,” a full-length debut album is imminent.

After relocating from her native Chicago to New York City in 2013, aspiring singer/songwriter Janelle Kroll landed the coveted role of providing vocals for Brooklyn electropop collective, Big Data, before following her restless muse into a promising solo career. Pairing classic, emotionally candid songwriting with a contemporary R&B edge, Kroll augments sleek, electronic beats with her versatile vocals, reminiscent of Joni Mitchell, whose “Down to You (My Confidante)” Kroll re-interpreted in 2015. Widely feted as a singer/songwriter to watch, Kroll is currently at work on her debut album.

Bubbling under from Southern California, fresh-faced alternative combo Weathers first made their mark on social media, cultivating a fervent army of fans who helped the band sell out a headlining gig at Los Angeles’ legendary Troubadour and land an opening slot for folk-pop duo Oh Honey, a sold-out gig at New York City’s Webster Hall. With ambitions to take their music to the next level, Weathers are currently working on their debut album with singer/songwriter Denis Lipari and Halsey producer/songwriter Larzz Principato.

Weaned on a steady diet of celebrated British bands like The Smiths and Echo & the Bunnymen, New York City’s Drowners – their moniker lifted from the title of Suede’s debut single – play a suitably anglophilic blend of hook-laden guitar rock (leant extra credibility by a Welsh ex-pat lead singer). Renowned for short songs and sharp looks, Drowners may proudly wear their influences on the stylishly battered sleeves of their black leather jackets, but the end results are nothing short of immediate, striking a perfect balance between indie pop jangle and post-punky fuzz. With one rapturously received eponymous album already under their belt and On Desire, its purportedly darker follow-up, slated for a June release, Drowners aren’t going under any time soon.

Edna “Pedrina” Arcila and Javier “Rio” Ceron are a colorful duo from Bogota, Colombia, who are putting a quirky, kitschy and catchy spin on classic Latin American pop. Utilizing both electronics and a live band, featuring drums and trombone, to augment Ceron’s guitar and sultry chanteuse Arcila’s silky vocals, Pedrina y Rio are swiftly becoming a name to watch. Their debut album, Canciones Sin Ropa, dropped last June, and their video for “Enamorada” has already earned over 1 million views on YouTube.

Tijuana-born Vanessa Zamora is a young singer-songwriter who, after devoting herself to studying music, started re-interpreting pop songs and posting them on social media, while simultaneously honing her own brand of earnest, emotionally candid songwriting. She has since gone on to release both a debut EP, Correr, in 2012 and her first full-length album, Hasta la Fantasia, in 2014. Zamora’s heartfelt, personable songs have earned her multiple nominations for IMA’s (Indie Music Awards) in Mexico.

Hailing from Carolina, Puerto Rico, Joyce Santana is a swiftly rising star on the Latin hip-hop/trap scene who, since he started rapping in his bedroom back in 2011, has become renowned for his lyrically vivid depictions of street life through heartfelt interior monologues about heartbreak. The video for his new single, “Young Pablo,” is being touted as a gripping epic, bringing Santana’s gritty storytelling to life in a cinematic tour de force.

Specializing in songs that seamlessly blend contemporary alternative sounds with traditional Mexican music — along with a dramatic dash of cinematic flourish -- Mitre is a singer/songwriter who’s been turning heads for some time. His eponymous new album features contributions ranging from Austin singer/songwriter David Garza to comedienne Margaret Cho, and is poised to take his transcendent pop worldwide.