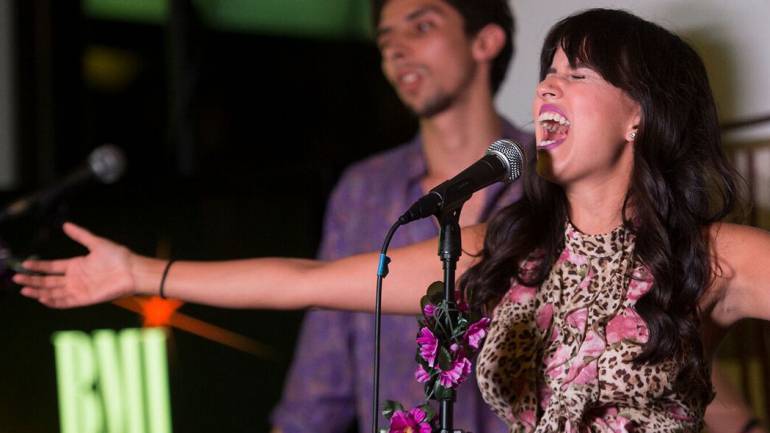 One of the highlights of this year’s SXSW 2016 was BMI’s Acoustic Latin Sounds Showcase, which was held on Friday, March 18 at Departure Lounge in Austin, TX. BMI’s Latin team brought back the successful showcase which gives a platform to a diverse array of Latin music, including Latin pop, rock, indie, alternative and hip-hop. Among the multitalented performers were Pedrina y Rio, a Colombian duo that brought their flavor of Latin pop to Austin via a performance of their hit “Enamorada,” among other songs; Vanessa Zamora, a young Mexican-American singer/songwriter who performed a selection of emotive tracks, Joyce Santana, a hip-hop artist from Puerto Rico performed his cinematic single “Young Pablo,” and other hits and Mitre, a versatile singer/songwriter who seamlessly blends alternative sounds with traditional Mexican music, performed a number of his stirring songs.