Full band concerts will bookend the 2012 festival. Sponsored by SunTrust and the Recording Academy, Nashville Chapter, the official kick-off party will feature the World Famous Headliners (Al Anderson, Pat McLaughlin, and Shawn Camp) at Ocean Key Pier on Wednesday, May 2. To cap off the weekend on Saturday, May 5, the Jeffrey Steele Band will play a free and open-to-the-public show on Duval St., a first for the Key West Songwriters Festival. Over 30 more shows are scheduled at Key West venues, including the San Carlos Theatre and the Tropic Cinema. Look for tickets to the theatre shows in early February.

WHERE: Key West, Florida, in favorite venues conveniently located throughout the island

About the Key West Songwriters Festival
Celebrating its 17th year, The Key West Songwriters Festival is the largest festival of its kind in the world. Since 1997, BMI has been a key sponsor of the festival and has helped it grow into both a tourist attraction and favorite of island locals. The festival revolves around five days and nights of more than 30 free shows, staged at an array of the island’s most popular drinking holes and hot spots, where live music introduces crowds to the faces, voices and stories behind the songs. Diverse lineups featuring more than 100 top songwriters deliver rare, “Key West-only” moments. Informal adaptations of Nashville’s signature in-the-round acoustic showcases dominate much of the schedule, while an event-capping street concert adds an enticing Mardi Gras fillip to the mix.
www.keywestsongwritersfestival.com

About BMI
Broadcast Music, Inc.® (BMI®), a global leader in rights management, is an American performing rights organization that represents more than 500,000 songwriters, composers and music publishers in all genres of music and more than 7.5 million musical works. BMI has represented the most popular and beloved music from around the world for more than 70 years. The company provides licenses for businesses that perform music, and distributes the fees it generates as royalties to the musical creators and copyright owners it represents.
www.bmi.com 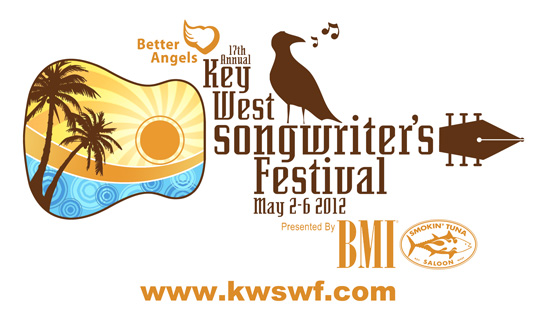