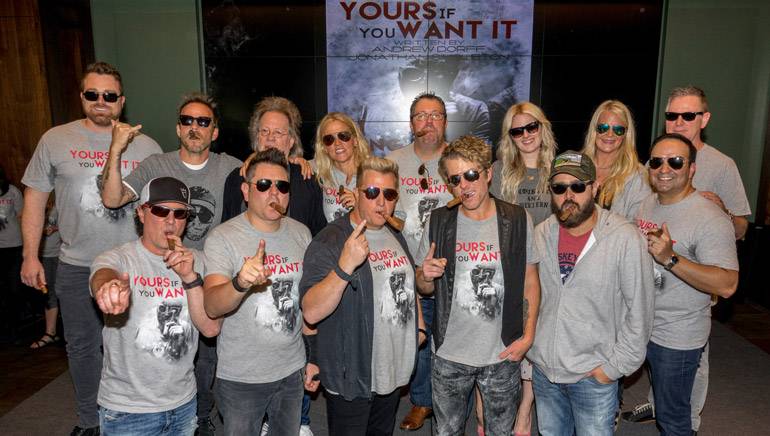 Superstar vocal group Rascal Flatts celebrated a sentimental 17th career No. One for “Yours If You Want It” in Nashville, TN yesterday (8/17), marking the first number one single written by BMI songwriter Andrew Dorff since his tragic passing in December. Co-written by Jonathan Singleton and the late Dorff, the Rascal Flatts trio gathered industry friends and family, including Dorff’s father Steve and brother Stephen, for a fitting tribute to Dorff as attendees reflected on the monumental accomplishment. “This is a really special week for us,” said Joe Don Rooney. “Getting to celebrate another number one, as well as the opportunity to honor our friend Andrew, has been overwhelming and humbling.”