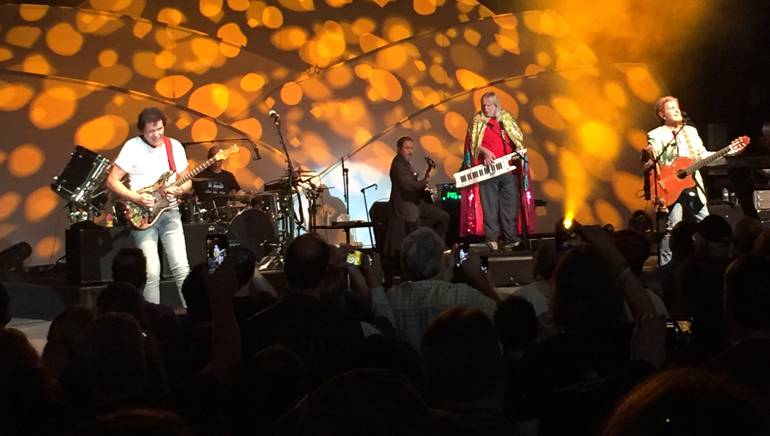 BMI’s Doreen Ringer-Ross was in the audience last night when legendary band YES took to the stage at the Greek Theater in LA as part of their Quintessential YES: The 50th Anniversary Tour. The Rock and Roll Hall of Fame band, which features Jon Anderson, Trevor Rabin and Rick Wakeman, have made historic contributions to the genre with songs like “Roundabout,” “I’ve Seen All Good People,” “Long Distance Runaround” and the chart-topping “Owner of a Lonely Heart,” which all remain in heavy-rotation on classic rock radio. Now 50 years after they first hit the stage and a dozen gold and platinum albums, a GRAMMY win and seven nominations later, the iconic band is still rocking audiences of both new and veteran fans. Check out the slide show!